The world’s first contactless payment, self-service beer pump will be put to the test by consumers during the height of pre-Christmas partying in the UK’s bars and pubs. 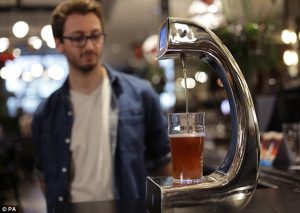 Pay@Pump allows drinkers to order and pour their own pint and pay with a contactless card or device touched on a pad at the base of the pump.

The technology has been devised by Barclaycard – and a prototype designed and installed in a Central London pub, Henry’s Café Bar – to help reduce queuing time for customers buying drinks during busy periods.

The average waiting time at the bar during the Christmas party season is 12 minutes per order, according to research carried out for Barclaycard, totalling 35 minutes per person during a festive night out. Almost one in four (24%) of bar-goers admitted they had considered abandoning a drinks purchase because of long bar queues, while 20% have gone elsewhere when facing a lengthy wait.

“I’m sure everyone has been stuck behind the person who orders the most complicated cocktail on the menu or a round of 10 drinks for their group of friends,” said Tami Hargreaves, the commercial director, digital consumer payments, at Barclaycard. “When people told us that waiting time was one of their biggest annoyances, we wanted to help solve a common problem with a simple solution.” 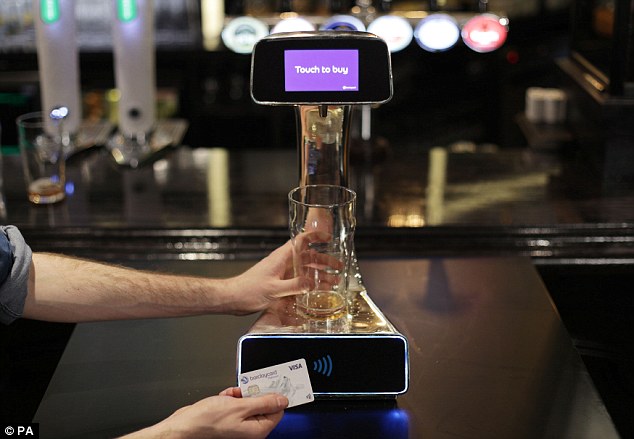 The pump incorporates Barclaycard’s contactless technology and electronics to allow the beer supply to be regulated and turned on following successful payment. It is hoped it will be rolled out nationally next year, not only in bars and pubs but also at large music festivals and concerts to help speed up service. 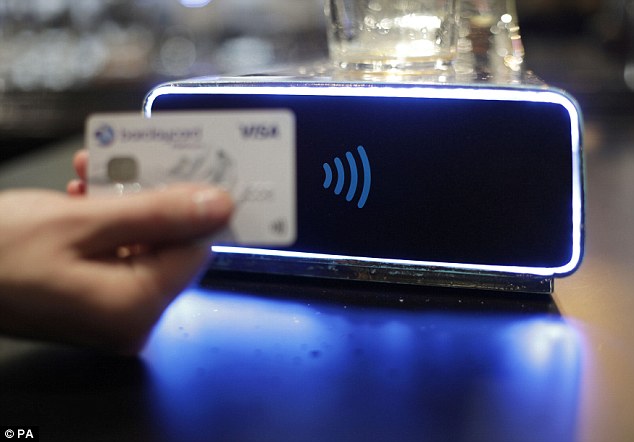 One in five card payments by Britons are now contactless, a technology that launched in the UK in 2007. At that stage, tap-and-go or touch-and-go was largely confined to coffee shops and sandwich chains but is now widely available in shops and bars.