By Newsroom on May 8, 2013Comments Off on London Pub Harnesses the Power of Social Media to Bring the Punters Back in 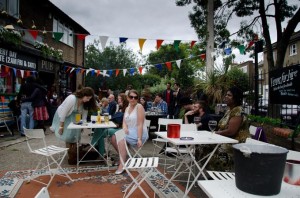 A London pub has achieved the kind of marketing success some can only dream of just by utilising the power of smartphones and Facebook to solve its marketing problems.

Harnessing a new retail technology called LifeSynk, The Cavendish Arms in Stockwell is using smartphones and also NFC technology to get people back through the doors drinking again.

The use of LifeSynk and Facebook has enabled The Cavendish Arms to create a loyalty system where drinkers can earn credits, free drinks and prizes, and let friends know about the offers they are receiving.

It does this by offering customers drinks on the house, discounts and free tickets, all via a quick swipe of a smartphone via NFC or QR codes inside the pub, or entering a URL into their smartphone browser.

Each swipe then sends a post to their Facebook or Twitter timeline in real-time and tells their friends they’ve just redeemed an offer, with a link to the details.

The move has already seen The Cavendish Arms post some astonishing figures in terms of brand exposure. For every 200 people interacting via LifeSynk, the pub is putting its name in front of around 10,000 potential new customers.

In doing so LifeSynk is helping to provide a very real and novel way for those within the pub industry to solve a pressing problem – notably how to get people back into their local and spending money. 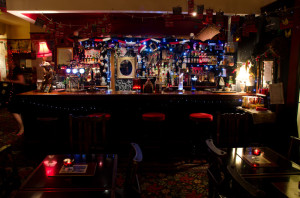 Traditionally many publicans have found it difficult to understand social media, marry it with offline efforts and make it pay, with things like Facebook check-ins and Foursquare having failed to combine with offline marketing efforts and deliver the footfall required.

It’s here where LifeSynk, which bridges the gap between social media and the physical world, has delivered though – simply by linking a user’s Facebook or Twitter account to a short URL or NFC/QR code via a mobile. For retailers and brands the implications are huge, with LifeSynk allowing them to drive conversations in real-time.

These are problems that Tristan Town, manager at The Cavendish Arms, had experienced first hand as he grappled with the issues associated with controlling and monitoring what was being said about the pub over social media. Like many others he was also exasperated by the limited audience of the pub’s own posts and the odd check-in from customers.

Said Tristan: “The response we’ve seen using LifeSynk has been fantastic and it hasn’t come at a high price. Its clever technology means that those taps are paying dividends for us. For every 200 people who interact via LifeSynk, we’re seeing 10,000 impressions on Facebook. It’s retail technology addressing a problem we couldn’t hope to solve ourselves.”

London Pub Harnesses the Power of Social Media to Bring the Punters Back in added by Newsroom on May 8, 2013
View all posts by Newsroom →