By Newsroom on August 8, 2014Comments Off on Love Aims to Create ‘Whisky with Style’ with Haig Club Project 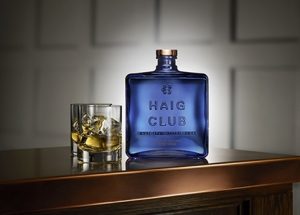 According to Love executive creative director Dave Palmer, the Haig Club project developed from innovation and strategic work the consultancy was carrying out for Diageo.

Love has worked with Diageo on projects including the Johnnie Walker Houses in China and South Korea. Palmer said, “We were invited to give them a view and mapped out the different whisky brands they owned. They seemed to be missing something that showed whisky’s place in culture and that demonstrated whisky as a stylish drink, so that’s what we set out to create.” 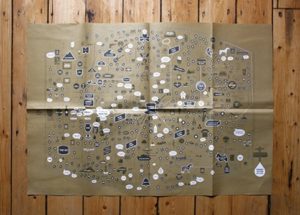 The Haig Club whisky is a blended whisky from the Diageo-owned Haig distillery. Palmer says that Love aimed to reference the distillery’s tradition with its new offer.

“The danger with creating something like this is that you throw out the authenticity,” added Palmer.

Love developed square blue-glass bottles for Haig Club. Palmer says the blue is inspired by the blue nosing glasses used by whisky blenders to kill the colour of the drink. 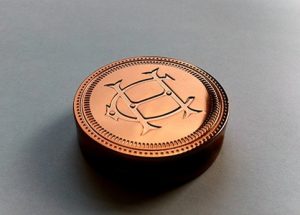 He said, “It creates standout but it’s also there for an authentic reason… The bottle is like a beacon on the shelf.”

The copper is inspired by Coffey stills, cylindrical copper stills used by distillers, while text is applied directly to the glass bottle, to avoid ‘fussy’ printed labels, according to Palmer.

Haig Club is currently rolling out internationally, and Love is working on projects including retail spaces at airport duty-free areas.

Love Aims to Create ‘Whisky with Style’ with Haig Club Project added by Newsroom on August 8, 2014
View all posts by Newsroom →