By Newsroom on November 18, 2013Comments Off on LYFE Begins In Chicago 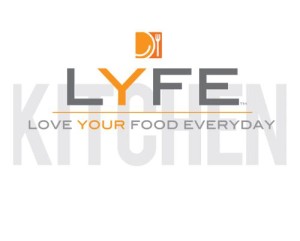 LYFE Kitchen, recently called “the future of food,” a transformational, socially responsible “lyfestyle” brand, opened the doors to its first-ever franchise location at the corner of Clark and Hubbard in Chicago’s River North section.

“We are so happy to open the doors of LYFE Kitchen in our hometown of Chicago,” said Mike Roberts, CEO of LYFE Kitchen. “Chicagoans are great foodies, and they reward restaurants with great taste. That’s what we hope to deliver with LYFE Kitchen.” Alderman Brendan Reilly remarked, “It is a pleasure to welcome LYFE Kitchen to the neighborhood and I am sure it will enrich the River North experience for residents and visitors alike.”

“LYFE Kitchen is a pioneering lifestyle concept in Chicago,” said owner-operator Carey Cooper. “We can’t wait for Chicagoans to visit us and experience what we have to offer: from the menu to the atmosphere to the hospitality of our team. We are thrilled to open our doors to the city of Chicago and are excited to be part of the River North community.” 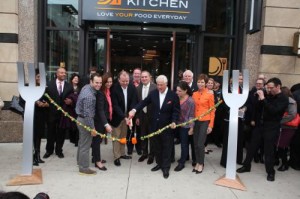 As LYFE Kitchen Restaurant opens in Chicago, local suppliers will play a critical role in providing the freshest products possible throughout the year.  LYFE Kitchen has formed partnerships with local vendors who share the same passion and social responsibility beliefs to provide high-quality, great-tasting food and beverages, which allow a new audience to “Love Your Food Everyday.”

Intelligenstia Coffee is one of Chicago’s premier coffee providers. Chicago Magazine’s Reader’s Choice Award recognized Intelligenstia as the best locally roasted coffee and in 2011 Chicago Time Out awarded them its “Best Local Coffee Roaster” award. Their Fulton Street Roasting Works is home to three Gothot roasters that turnout the hand crafted, delicious coffee that will be served at LYFE Kitchen everyday. 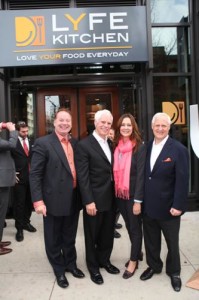 Buedel Fine Meats and Provisions has been providing Chicago-area restaurants with the highest quality meats since 1907.  At LYFE Kitchen Chicago, Buedel will provide the all-natural, humanely raised, grass-fed beef that makes our Classic Burger, in a word, classic.

Founded in 2005 by broadcast journalist and Chicago native Bill Kurtis, Tallgrass Beef Company is the industry leader in the production of grass-fed, grass-finished beef. What started on Kurtis’ 10,000 acre, Kansas ranch has grown into a network of family farmers and ranchers across the United States dedicated to a sustainable method of raising cattle that is not only good for the environment, but also the animals themselves and, ultimately, the consumer.

LYFE Kitchen Chicago showcases the talent of Chefs Art Smith, Tal Ronnen and Jeremy Bringardner with a trusted and thoughtful menu that features chef-inspired, delicious recipes, plant-based proteins, with all dishes containing fewer than 600 calories and 1,000 milligrams of sodium, with most choices containing much less.

The three chefs began collaborating on the LYFE Kitchen menu in the home kitchen of Chef Smith. Together they spent more than a year on a taste quest to develop signature flavors and one-of-a-kind dishes. The diverse menu offers choices to meet any guest’s personal food policies, including menus for guests who eat everything, those who prefer or require gluten-free choices, or vegetarian and vegan options. 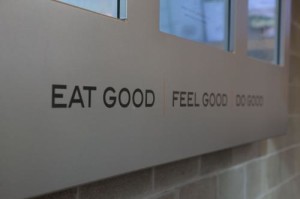 At LYFE Kitchen, as much emphasis is placed on where you eat as what you eat. LYFE Kitchen is the first restaurant group to commit to certifying all restaurants under the LEED Retail: Commercial Interiors rating system.

From the site selection to the landscaping, the decor and furnishings to the high-efficiency kitchen equipment that guests may never see, dozens of measures are taken to ensure that LYFE Kitchen operates as efficiently as possible. The result: dramatic reductions in the use of water, energy and other resources from floor to ceiling, front-of-the-house to back-of-the-house.

In addition to the restaurant, LYFE Kitchen River North will offer full catering and delivery.

LYFE Begins In Chicago added by Newsroom on November 18, 2013
View all posts by Newsroom →