By Newsroom on April 15, 2013Comments Off on Maes Belgian Beer: The Free Beer Campaign

Maes is a pretty popular beer in Belgian, in fact, it’s the 2nd most popular, but the market leader was out selling them 4:1.

Maes also just happens to be the 3rd most common last name too, so they decided to recruit all the Maes’ in Belgian, by giving them a free barrel of beer… The catch?

Well, they told everyone (via TV, Print, Outdoor and Digital) that they were giving all the Maes’ in Belgian that free barrel of beer so they’d be forced to share it! Created by the guys at TBWA Brussels. 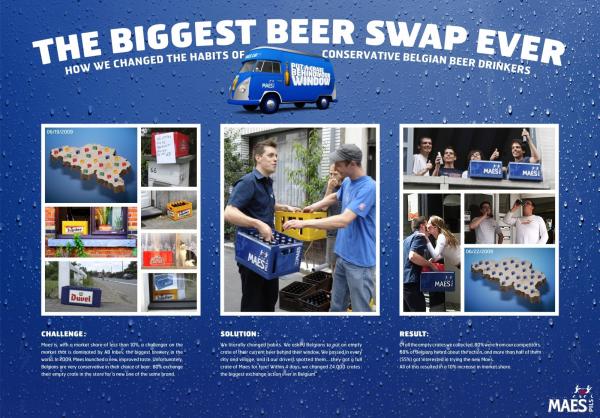