By Newsroom on March 28, 2014Comments Off on Mars Begins Production of Two of USA’s Favorites in the Nation’s Heartland 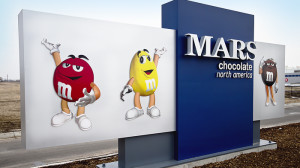 “This new $270 million facility, which will bring 200 new jobs to Topeka, is one of the largest investments in Mars history,” said Debra A. Sandler, President, Mars Chocolate North America. “For more than 100 years, Mars has been committed to making our products in the markets where we sell them and this facility – in America’s heartland – is further proof of our commitment.” 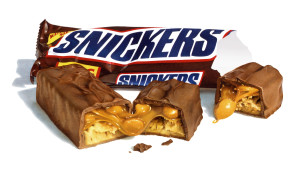 The location in Kansas’ capital city was selected after an exhaustive search that included visits to 17 states and more than 80 potential sites. Topeka rose to the top because of its talented local workforce, access to key amenities, including rail lines and utilities, the commitment of state and local leaders, as well as the connection between the community and the company’s principles.

Mars Chocolate North America broke ground on the Topeka facility in August 2011. The plant is continuing to pursue onsite renewable energy and is working to incorporate a number of innovative solutions into the design and construction of the facility such as sending no waste to landfills in order to achieve U.S. Green Building Council’s Leadership in Energy and Environmental Design (LEED). The company has also worked hand-in-hand with a number of federal, state and local officials since the site selection to make the site a reality. 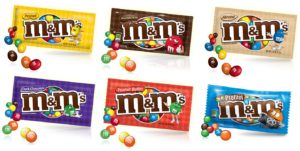 “Residents of Topeka and Kansas have welcomed us with open arms,” added Sandler. “This site is a critical addition to our network and will help fuel our future growth, but none of that will be possible without the continued support of our new neighbors.”

To celebrate the grand opening of the new Mars Chocolate North America Topeka plant, Mars Retail Group is opening a temporary M&M’S World Store in downtown Topeka. The store will be open from March 28 – April 13 at 713 S. Kansas Avenue. The Topeka M&M’S World store will feature many of the same fixtures and merchandise fans can find in the flagship M&M’S World stores in New York, Las Vegas, Orlando and London as well as special “Made in Topeka” merchandise.

Mars Begins Production of Two of USA’s Favorites in the Nation’s Heartland added by Newsroom on March 28, 2014
View all posts by Newsroom →