By Newsroom on May 10, 2013Comments Off on Mayfair English Vodka to Fuel Arqiva British Academy Television Awards’ After Party 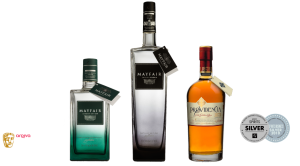 The prestigious gathering of the UK’s finest television stars will celebrate their achievements this Sunday night 12th May and the Awards will be broadcast on BBC One at 8:00pm, and feature the presentation of the Fellowship to Michael Palin. But it is when the red carpet gets rolled up that the Mayfair English Vodka fueled fun will start.

TV celebrities arriving at the After Party in the Royal Festival Hall will be greeted by a custom made bar with a crack team of cocktail specialists ready to shake and strain up their cocktail of choice.

Designed specifically for the event is The Mayfair Debonair – an exquisite combination of Mayfair Vodka, velvet felurnum and cloudy apple juice with a garnish of Mint Leaf. 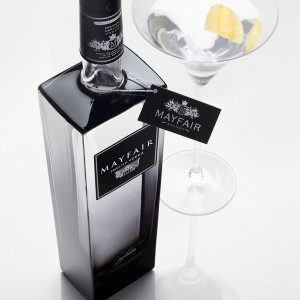 This tantalizing indulgence will be offered together with the Mayfair Oriental Mystery, The Mayfair Quintessential and, of course, the classic Mayfair and Tonic with a Lime Twist. Bottles of Mayfair English Vodka, the Official Vodka Partner to the After Party, are also included in the exclusive gift bags given to all the nominees.

The partnership is a natural association for Mayfair English Vodka, but the fact that BAFTA is a charity was important to the company also.

Of the new partnership, co-Founder of Mayfair Brands Stephen Duffy said that, “BAFTA’s awards ceremonies exist to recognize excellence and to ensure that the finest quality television is brought to people’s attention. We believe in their work, just as we believe in our products and that is very important when forming such a historic association. We are delighted to support the work of the Academy and committed to making the Awards evermore prestigious and impactful.”

Mayfair English Vodka to Fuel Arqiva British Academy Television Awards’ After Party added by Newsroom on May 10, 2013
View all posts by Newsroom →