By Newsroom on July 2, 2013Comments Off on McCann Erickson Wins Creative Duties For Cuervo Tequila 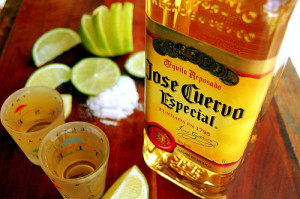 McCann Erickson New York has been appointed creative agency of record in the U.S. for the iconic Jose Cuervo brand of tequila after a review, the agency confirmed Monday.

The assignment was awarded by Jersey City, NJ-based Proximo Spirits, which just took over as distributor for the brand effective July 1.

Word of the appointment comes a month after Proximo confirmed that New York-based media agency Gotham Direct would handle media duties for the brand. According to the media shop, Cuervo is the latest of several assignments Proximo has awarded it.

Last year, the Cuervo brand, then distributed by Diageo, spent nearly $7 million on ads in the U.S. according to Kantar.

When Cuervo announced the change in distributorship back in March, Proximo president Mark Teasdale stated that the company planned to “make considerable investments in brand building and innovation for the Jose Cuervo portfolio” to help boost sales.

Hank Summy, president of McCann Erickson North America, stated, “Jose Cuervo’s superb 250-year-old tequila recipe has made it one of the world’s great brands.” He said the shop looked forward to creating campaigns that would “help accelerate its growth.”

According to a report last year from beverage researcher Just-drinks.com, the outlook for tequila sales remains positive for the next several years. The U.S. remains the largest market for tequila sales per the report.

“Growth prospects in the U.S. remain very strong, due to favorable demographics and the potential for geographic expansion beyond the Southwest and major metropolitan areas,” the report concluded.

Mexico City-based Casa Cuervo SA, owner of the Cuervo spirits brand, claims it is the largest and most widely distributed tequila in the world. The Jose Cuervo portfolio of Tequilas includes Especial Gold, Tradicional, and Platino, among others.