By Newsroom on May 22, 2017Comments Off on McCoy’s Advises Retailers to Stock up for Last Leg of Promotion 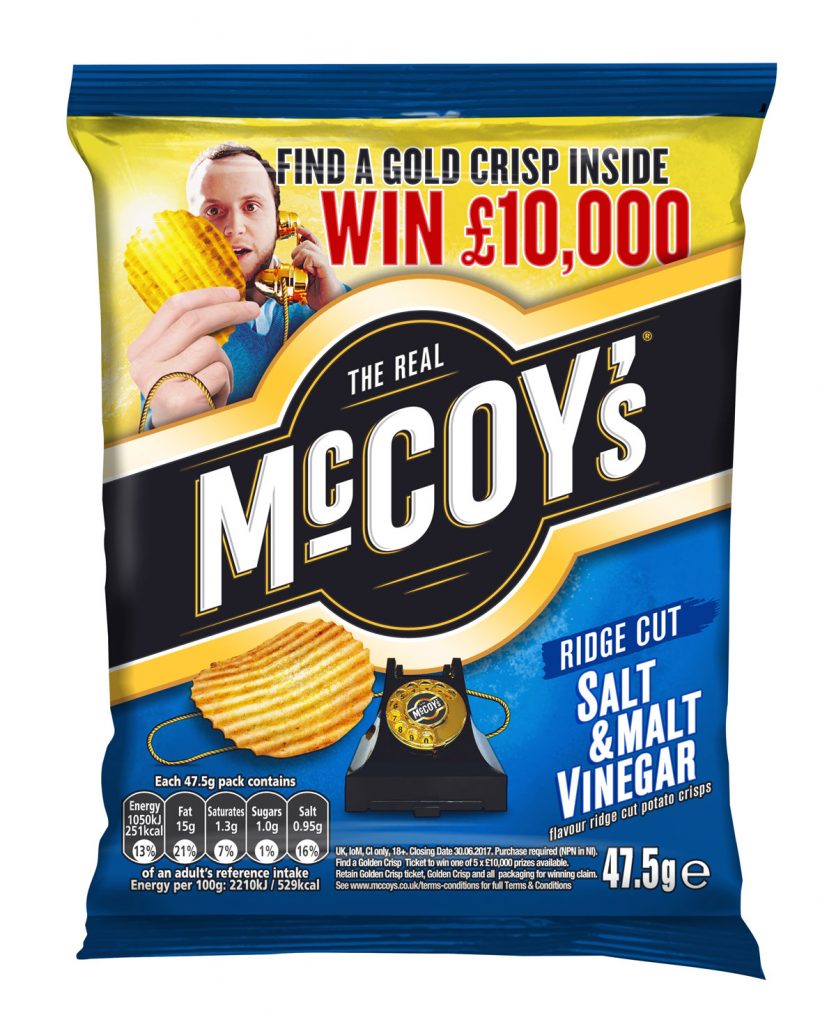 McCoy’s has confirmed that its current on-pack promotion, offering shoppers the chance to win one of five golden crisps worth £10,000, now just has one golden crisp left to be found.

As the campaign enters its final weeks, retailers have a final opportunity to take advantage of the limited run and stock up on McCoy’s.

The promotion runs across McCoy’s key flavours in its grab bag formats (RRP £0.79) and on its multipacks of six 25g packs (RRP: £1.70). Three of these popular flavours, Flame Grilled Steak, Salt & Vinegar and Cheddar & Onion are in the top ten list of impulse Crisps and Snacks products.

The £1.4m campaign, which runs until the beginning of June is being supported by high impact TV advertising and shopper support, as well as POS kits for retailers to drive excitement in-store. In the wholesale channel, McCoy’s has designed a ‘McCoy’s Gold Mine’ themed display to create theatre in depot.

The UK’s number one ridged crisp brand is currently worth £109.8 million and experiencing phenomenal growth of +12%, ahead of the overall category. McCoy’s is now in its 13th period of consecutive growth and is the fastest growing brand in the bagged snacks market.

McCoy’s Advises Retailers to Stock up for Last Leg of Promotion added by Newsroom on May 22, 2017
View all posts by Newsroom →