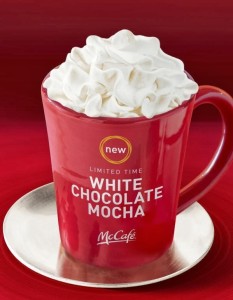 To celebrate the start of the holiday season and the new White Chocolate Mocha, Los Angeles could receive a winter escape courtesy of McCafe.

McDonald’s national Winter Wonderland Contest will bring residents of one snow-free city, like Los Angeles, the magical wonder of snow they’ve been missing, complete with snowflakes falling from the sky, snowmen, seasonal giveaways and samples of the new McCafe White Chocolate Mocha.

“We are excited to be a part of the McCafe’ contest and potentially bring a new experience, and our new winter beverages, to local customers,” said Clay Paschen III, McDonald’s owner/operator and president of the McDonald’s Operators’ Association of Southern California (MOASC.) “We hope fans and residents will join the fun and cast their vote for Los Angeles on Twitter to win the winter wonderland we miss in Southern California!”

The city that receives the most votes between now and Nov. 22 will win a winter wonderland experience in mid-December. The winning city will be revealed by @McCafe in early December. To get fans in the spirit of the season, the national McCafe Twitter handle (@McCafe) will also be tweeting about all things snow, including fun images, did-you-know facts and updates on snowfall totals from across the country. 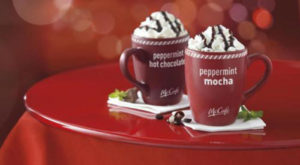