By Newsroom on October 5, 2015Comments Off on Mendoza Films Gets Stuck in the Middle of the Amstel Oro Journey

Mendoza Films have completed a highly collaborative project for Amstel, in which directorial duo David Wynn-Jones and David Alcalde combine their expertise to create the story of how their Oro brand beer is made.

Devised by Publips and produced through Barcelona’s The Gang, ‘The Journey’ raises the profile of the premium beer following its recent launch. Telling the story of how Amstel Oro is made from scratch, the film focusses on the three stages of the production process from toasting the malt to delivering the beer bottles.

Briefed with constructing a powerful narrative, Wynn-Jones and Alcalde combined their expertise to create ‘The Journey’. The resulting spot is combination of table-top footage, shot by Wynn-Jones in London, and live-action footage, shot by Alcalde in Spain, that’s been seamlessly combined using the Directors’ shooting ability and clever post-production work.

Alcalde comments: “The most complicated element of the shoot was to keep the feeling of non-stop journey for our camera. We had the goal of making it feel like the camera was continuously moving whilst combining scenes to be shot on set in Spain, tabletop shots in London and full CG shots placed in the middle of all them.” 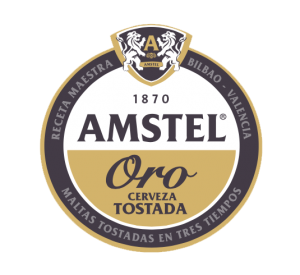 Wynn-Jones adds: “Every shot was challenging because we wanted to achieve something unique; such as following the beer down from the bottle to the inside of the glass while keeping the camera moving all the time. Capturing a shot of the beer boiling was difficult, and we had to build a special rig whereby we could look down at the bubbles rising without seeing the source.”

Off the back of the project, Alcalde has since signed to Mendoza’s roster of Directors for representation in the UK and beyond. Commenting on the signing, Alcalde explains: “This project gave me my first chance to work with Mendoza and it was a truly great experience. Working with a company that I already know, that I can trust and enjoy working with is a great way to start my venture into the UK market.”

Barcelona-born Alcalde has a strong background in Special FX and is the co-founder of Academy Award-winning SFX Company DDT. Picking up over 40 international awards since he began his directing career in 1996, he has a diverse portfolio of work that includes advertising, music promo, short film and TV projects. Alcalde has over 200 ads across the globe for boutique agencies to global brands, including BBDO, Saatchi&Saatchi and Publicis.

Debby Mendoza, Executive Producer, adds: “When I first saw David’s work I thought he was an incredibly talented story teller. Then, working with him I found out that he is also a joy to work with – when I found out he wasn’t represented in the UK I knew we had to get him! Though he can do anything from comedy to music videos, he is particularly skilled at working with VFX and animation due to his post background, which is an exceptionally rare talent and something that I didn’t have in my roster.”

Mendoza Films Gets Stuck in the Middle of the Amstel Oro Journey added by Newsroom on October 5, 2015
View all posts by Newsroom →