By Newsroom on July 16, 2015Comments Off on M&M’s World Expands NY Footprint with New Pop-Up Store in SoHo 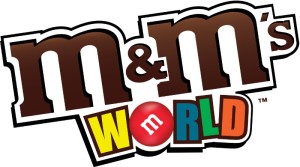 M&M’s World, the retail store dedicated to all things M&M’s, is opening a temporary M&M’s World store in SoHo, designed to take advantage of the busy summer tourist season and the popular lower Manhattan retail district.

The store, located at 434 Broadway at the corner of Howard (between Canal and Broom), will officially open July 17 through September 2015, with operation hours seven days a week from 10 a.m. – 9 p.m. The store will feature many of the same fixtures and merchandise fans can find at M&M’s World in Times Square, as well as other store locations in Las Vegas, Orlando, London and Shanghai. 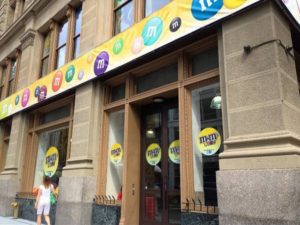 The pop-up store will be located in a 4,500 square foot former bank space in a historical building that dates back to 1910. There is an old-fashioned walk-in vault, which will be used as a special merchandising area. The new store’s highlights include a Candy Wall with 22 colors of M&M’s Chocolate Candies and a variety of flavors, new Star Wars-themed merchandise, a variety of apparel and home goods, and the ever-popular character dispensers, including the Red M&M’s Character dressed as a firefighter.

M&M’s World will deploy street teams to distribute coupons throughout the SoHo area to drive awareness and visits to the store, and guests who follow M&M’s World on Instagram will receive a special discount at check-out.