By Newsroom on July 4, 2013Comments Off on Molson Coors Yanks Coors Light from BBDO in Canada

BBDO’s Bud Light win in the U.S. has cost the agency the 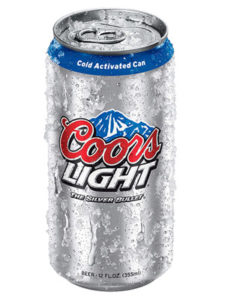 The cross-border conflict was apparent as soon as the agency picked up Bud Light in the states last month. Molson Coors, which markets Coors Light in Canada, began considering its options almost immediately and has decided to move the brand to another agency soon.

The marketer will “not be conducting an open RFP process,” he added, but “is in discussions with a very short list of whom we believe to be the best agencies in Canada.”

Molson Coors competes with Bud Light-owner Anheuser-Busch InBev across the globe, including in the U.S. where Molson Coors jointly owns MillerCoors.

BBDO’s Toronto office picked up the Coors Light account in March without a review when Molson Coors severed ties with DraftFCB, Canada. BBDO also had been working on other brands that Molson Coors markets in Canada, including Keystone, Heineken, Strongbow and Miller Chill.

Bud Light, the top-selling beer brand in the U.S., was a major win for BBDO, which is handling the business from its Chicago office, known as Energy BBDO. (Bud Light in Canada is handled by Anomaly.)

But the Coors Light business in Canada is also significant. The brand is the second-best selling beer in Canada at 11.75% share by volume, trailing Budweiser’s 13.2%, according to Euromonitor International. Molson Coors says that Coors Light is the No. 1 Canadian beer, according to its internal sales figures. 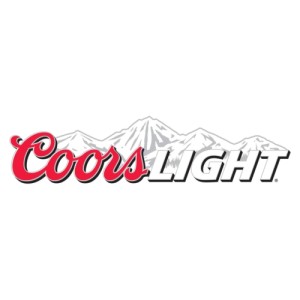 In the U.S., Coors Light is the second-largest beer brand with 8.7% market share behind Bud Light’s 18.6%, according to Beer Marketer’s Insights. Advertising for Coors Light in the states is handled by WPP’s Cavalry of Chicago, which won the account last year when MillerCoors ended its relationship with DraftFCB, Chicago.

Molson Coors’s roster of Canadian agencies includes Rethink, which handles the Molson Canadian brand. The brand had been at Crispin Porter & Bogusky Canada, but the agency lost the account in 2011 after it was learned CP&B in the U.S. was pitching A-B InBev business, Canadian trade pub Marketing reported at the time.

“Our partners cannot have other North American alcohol brands or business on their rosters (beer, wine, spirits or other),” a Molson spokesman told Marketing at the time.

But so far the agency appears to have hung onto those accounts, although Diageo and BBDO have not commented on the situation. Paul Chibe, Anheuser-Busch InBev’s VP of U.S. marketing said in a recent interview that he would not have an issue with BBDO keeping Guinness, noting that “Guinness in the U.S. is pretty small and it’s run out of New York.”

Molson Coors Yanks Coors Light from BBDO in Canada added by Newsroom on July 4, 2013
View all posts by Newsroom →