By Newsroom on October 4, 2013Comments Off on Mondelez Launches Major Coffee Expansion in the Netherlands, Australia & Spain 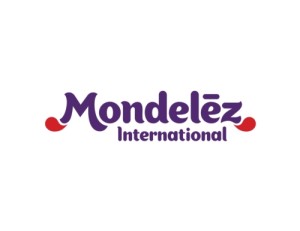 Mondelez International, the world’s second largest coffee company, will expand its global coffee footprint, entering the Dutch and Australian markets through the Carte Noire and Velours Noir brands. In addition, the company will further expand its new Nespresso-compatible espresso capsule offering to Spain.

In the Netherlands, Mondelez International will launch a full range of coffee products, including roast & ground, wholebeans, pods and Nespresso-compatible espresso capsules under the Velours Noir brand, part of the fast-growing Carte Noire brand. The company has partnered with the leading retailer Albert Heijn, and the full range will be available from Oct. 7, 2013.

The Netherlands represents a significant opportunity for Mondelez International and ranks second globally in the amount of coffee cups drunk per capita, with a coffee market in retail worth €739 million per annum.

In addition, Mondelez International’s coffee products will go on sale in Australia for the first time under the Carte Noire brand. The Australian coffee market is estimated to be worth AU$875 millio. Carte Noire products will include its Millicano Wholebean Instant and premium freeze-dried ranges.

“Our decision to expand into Australia and the Netherlands underlines our ambition to grow our share of the global coffee market and build Carte Noire into a billion dollar brand,” said Roland Weening, President, Coffee.

“The global coffee market, which is growing at 10 per cent per annum offers Mondelez International good prospects for profitable growth. With strong innovation and brand power, geographic expansion, investment in sustainability and a continued commitment to product quality, we’re well-placed to win in this attractive category.”

In October 2012, Mondelez International announced its Coffee Made Happy program, which aims to inspire, innovate and change the way coffee companies do business sustainably. The approach reflects the company’s core values and practices and is driven by the need to make farming a more attractive profession.

Through Coffee Made Happy, Mondelez International has committed at least $200 million to empower one million coffee farming entrepreneurs by 2020.

The program will focus on the next generation of farmers – through training to boost their agriculture and business skills, tools and know-how to increase their growing capacity, and programs to improve the livelihoods of coffee-growing communities.

Mondelez Launches Major Coffee Expansion in the Netherlands, Australia & Spain added by Newsroom on October 4, 2013
View all posts by Newsroom →