By Newsroom on September 11, 2015Comments Off on M&S and RKCR/Y&R Launch New ‘Adventures in Autumn’ TV Ads

The series of films feature the M&S Food autumn line up, launching with “Spice”, which showcases a variety of warming spices, cut, mashed and sliced, culminating in an exotic mosaic pattern. These films are the latest iteration of the M&S “Adventures In” campaign and are all shot in the campaign’s distinctive style.

“Spice”, a 20-second spot, launches on Wednesday, September 9th, followed by 3 further films, which will run the course of September and October. 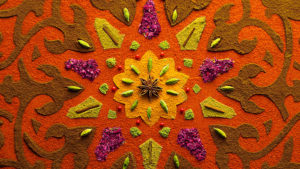 Nathan Ansell, Head of Brand and Marketing: Food, Plan A, M&S Energy, said: “A year on from the campaign launch, Adventures In… has proved once again it’s flexibility to strikingly showcase the innovative and distinctive food that our customers love.”

Mark Roalfe, Chairman and Executive Creative Director, Rainey Kelly Campbell Roalfe/Y&R said: “We’re pleased the ‘Adventures In’ campaign is going from strength to strength and carving out M&S a very distinctive position within such a competitive market place.”

The ads will run on TV and online and will be supported by press ads.

M&S and RKCR/Y&R Launch New ‘Adventures in Autumn’ TV Ads added by Newsroom on September 11, 2015
View all posts by Newsroom →