By Newsroom on September 17, 2013Comments Off on #MyBenAndJerrys Competition Invites Tweeters to Create Brand New Flavour 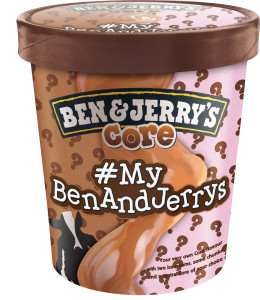 Ben & Jerry’s has launched a Twitter campaign inviting ice cream fans to come up with a new, original flavour.

Using the hashtag #MyBenAndJerrys, tweeters can submit their suggestions for a new ‘core’ flavour and the best entry will be created by the brand, before being delivered to the winner’s door.

Rhodri Morgan aka Moo Heff’ner, senior brand manager at Ben & Jerry’s, said: “For 35 years, Ben & Jerry’s has perfected the art of creating amazing ice cream combinations, using a vast array of chunks, swirls and most recently the Core, which fuses together two ice creams with a centre of deliciousness.”

“Now we’re offering one fan the chance to make their ice cream dreams come true by creating their very own Core flavour. Our social channels are often filled with new flavour suggestions from our fans so we can’t wait to see what they’ll come up with,” added Rhodri.

To enter, fans are asked to tweet two ice cream flavours, the core sauce of their choice and the chunks that would make up their new flavour. The competition is open until 27 October.