By on June 29, 2016Comments Off on Nescafé Azera & Twelve Tap Young Talent For Range of Iconic New Tins

Twelve, the integrated brand activation agency, has developed a multichannel campaign for Nescafé Azera, with a range of iconic and desirable limited edition designed tins at its heart, created in collaboration with top emerging design talent from the University for the Creative Arts. 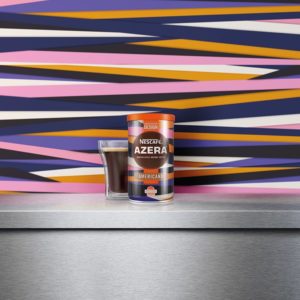 The activity marks the second consecutive year that Nescafé Azera and Twelve have worked with UCA students, following the success of the brand’s 2015 campaign.

The collectable tins, available from 29th June, will launch initially in Tesco before rolling out across all retailers nationwide in the UK.

Twelve developed the ‘Nescafé Azera By Design’ campaign to highlight the craftsmanship and creativity inherent in the super premium instant coffee brand. Second year BA (Hons) Graphic Design students at the University for the Creative Arts were briefed to create a set of collectable coffee tins to feature on three Nescafé Azera’s Variants. 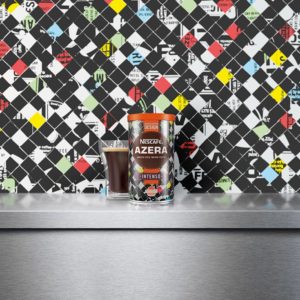 Students were briefed to create packaging reskins that demonstrated Nescafé Azera’s passion for quality coffee by bringing to life their own experiences of coffee and urban culture. On the reverse of each of the seven winning design packs is a quote from that student with a description of and their inspiration for the winning design. For instance, Perseverance, created by students Sanjana and Neha, reads: “We were inspired by the intriguing puzzle of urban life – its roads, the traffic and its lights that surround us.”

The limited edition tins will be promoted via a multichannel campaign, developed by Twelve, that will run across online, social, video and in store POS. Campaign visuals demonstrate how each of the limited edition designs impacts on its environment, turning a blank kitchen into a colourful explosion. 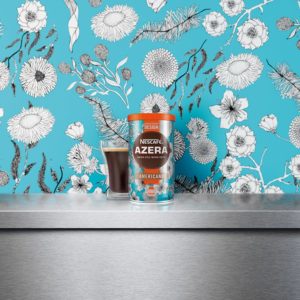 Supporting footage demonstrating each student’s creative journey and the process undertaken to arrive at the final designs will be hosted online here.

The project, which formed part of the student’s October curriculum, kicked off with an initial briefing led by Twelve Agency and Nestlé. Winning UCA designers received a cash prize and three of the students were also offered a summer work placement at Twelve.

Twelve was the lead creative agency for the activity, responsible for delivering the initial campaign concept through to overall creative execution and media plan development, as well as the management of the collaboration with UCA. The agency worked alongside Pragmatica, Ogilvy and Adimo. 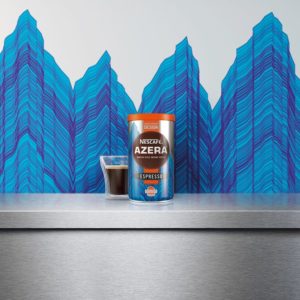 Laura Muirhead, Nescafé Azera brand manager at Nestlé, said: “We saw tremendous success with this campaign first time round and are equally impressed by the designs the UCA students have delivered for 2016. We’re confident that the limited edition tins will have cut-through on shelf and offer customers a vibrant alternative to their usual product choice.”

Owen Catto, creative director, Twelve who briefed and mentored the UCA students, said: “It was a pleasure to partner with the team at UCA for a second year. To work again with young design talent was inspiring and rewarding. I was impressed with the levels of bravery and craft, making this year’s limited edition tins a set of contemporary pieces that consumers will want to collect and show off.”

Nescafé Azera first partnered with the University for the Creative Arts in 2015. Second year BA (Hons) Graphic Design students were briefed to create six limited edition collectable coffee tins that would have stand-out on shelf, and drive desire to be kept long after the product had finished. The results were impressive, with the limited edition tins selling out in three weeks.

Nescafé Azera & Twelve Tap Young Talent For Range of Iconic New Tins added by on June 29, 2016
View all posts by →