By Newsroom on June 15, 2015Comments Off on Nescafe Uses Coffee To Help People Make Instant Connections

Despite technology keeping us connected to others, it’s often relegated to the virtual realm. Nescafe set out to show how a fresh cup of joe is the perfect way to connect people in the real world.

The coffee maker took to the streets of Germany, which according to research it citied topped the list of most lonely countries, to explain its claim. The premise is simple; see how many people can make a fleeting friend when they realise they’ve just been given a cup of coffee by a stranger.

Filmed on a drab morning in Berlin, the ad shows how commuters on either side of the road were initially duped into pressing a ‘push together’ button on a carefully concealed coffee vending machine. Only when people had worked out what was going on and pressed the button simultaneously were they awarded the tasty, warm beverage.

The campaign ends with the brand’s global strapline “It all starts with a Nescafe”, which was introduced last year. 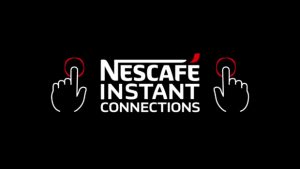 The video was developed by OglivyOne in Frankfurt and is reflective of a change in direction for the Nescafe brand. Nescafe pulled all its products and marketing under one positioning for the first time in its 75-year history last June in an attempt to give all its markets greater flexibility in how they tailor the brand to local tastes. A more product-orientated strategy had led its marketers to believe it didn’t feel modern and so decided it needed some fresh impetus to kickstart sales.

Nescafe’s hopes for modernity in the UK currently rest on its “Big Start” campaign. Fans can nominate their friends to win the chance to win an early morning feel-good boost. One husband (see above), for example, was able to reward his wife for being the “pint-size superhero of our family” with a meticulously planned morning that included a man playing on a moving piano, video messages of thanks from her kids and a message in the sky from her spouse.

The campaign was created by Iris Worldwide.