By Newsroom on November 22, 2018Comments Off on Netflix is Bringing Free Food to JFK and O’Hare this Thanksgiving Weekend 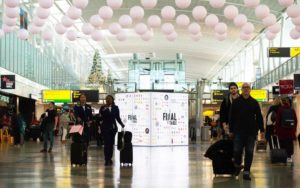 Wherever you’re going for the Thanksgiving holiday, don’t worry about bringing your own snacks.

In a fun push to advertise its new show, “The Final Table,” Netflix is bringing free food to hungry travellers at JFK airport in New York City and O’Hare Airport in Chicago.

But these snacks aren’t your typical popcorn and trail mix. Instead, the free eats will represent the global meals from the 9 countries — Mexico, Spain, UK, Brazil, India, United States, Italy, France and Japan — which will be introduced in “The Final Table.” 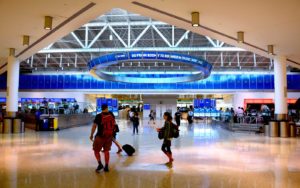 The show is a global cooking competition that celebrates the togetherness food can bring to us all, according to a statement from Netflix.

In addition to a gourmet mini-meal, travellers will interact with a customised screen where they can select the country they wish to “travel to” on their food journey. 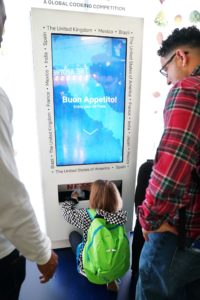 On the screen, they can find out more information about the country, the local food, the chefs that will be part of the new Netflix show, and get to see a short clip from the episode that features their chosen country as a teaser.

After the presentation, travellers receive a box with an international gourmet snack with information about the local ingredients used to make it from their chosen country. Frankly, after braving the long security lines of other Thanksgiving travellers, you definitely deserve to treat yourself a little before getting on your flight. It certainly beats in-flight pretzels and overpriced snacks from the news stand.

This delicious offering will only be available at JFK and O’Hare from Wednesday, Nov. 21 through Sunday, Nov. 25. Just in time for you to travel both to and from your grandma’s house.

Netflix is Bringing Free Food to JFK and O’Hare this Thanksgiving Weekend added by Newsroom on November 22, 2018
View all posts by Newsroom →