By Newsroom on February 8, 2018Comments Off on New Campaign from McCann Italy Highlights the ‘Simple, Un-Debatable’ Pleasure of Coca-Cola 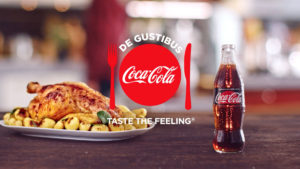 The creative idea by McCann Italy, draws from two fundamental truths: on one side the incredible variety of dishes in Italian cooking tradition, that often pushes people to discuss and debate about which ingredients to use, the right ways to prepare dishes, and even the name of a recipe; on the other, that there is one thing people don’t have to debate and can simply enjoy – the inimitable, un-debateable taste of Coca-Cola.

The name of the campaign alludes to a common Latin phrase: “De gustibus non est disputandum,” meaning “in matters of taste, there can be no disputes” – the same phrase often rendered in English as “there is no accounting for taste.” 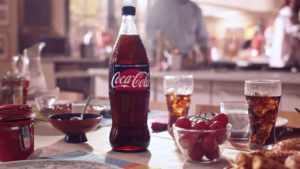 With four different TV commercials and 10 static key visuals, the campaign accompanies the customers along a journey that engages them to vote on and propose the most relevant debates, enjoy the food they prefer in a pop-up restaurant, where the debates are showcased, and allows them the chance to get coupons on their most beloved food pairings every month.

This is a year-long communication platform with the objective to bring the brand even closer to its Italian lovers and their everyday lives.

New Campaign from McCann Italy Highlights the ‘Simple, Un-Debatable’ Pleasure of Coca-Cola added by Newsroom on February 8, 2018
View all posts by Newsroom →