By Newsroom on January 11, 2017Comments Off on New Pizza and Cocktail Bar Bobby Fitzpatrick Opening in London 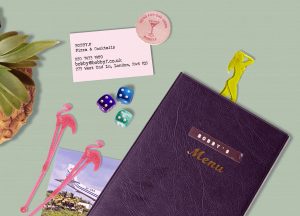 Bobby Fitzpatrick, a legendary character whose penchant for rum and passion for gambling is matched only by his love of Formica and brown shag pile carpet, is opening the doors of his 70s- party-pad to the residents of West Hampstead in London on 18th January 2017.

The characterful and unapologetically retro venue will have cocktails and rum at its core with a playful pizza offering.

The drinks list will feature an extensive selection of rum inspired by Bobby’s travels in The Caribbean – ‘Bobby’s Rum Diaries’. 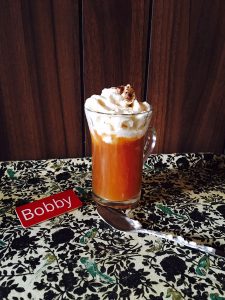 This will be complemented by a rum-laden cocktail menu that draws from chapters of Bobby’s personal history; the ‘Alison Mahoney’, a spiced rum concoction, is named after his date to senior prom, alongside cocktails using other spirits such as the ‘Sanford University’ with vodka and cherry cola reduction. A selection of bottled beers, slushy cocktails and shooters including Bobby’s Falernum with homemade Caribbean liqueur complement the offering.

The menu will include classic deep crust American pizzas with both classic and exotic toppings such as chicken tikka and lamb doner. The emphasis will be on fun, relaxed food. The pizza menu will be accompanied by dishes such as Bobby’s signature hamburger with a Red Leicester middle and deep fried pickles, and chicken nuggets with dunking sauces. The dessert menu will include mini doughnuts as well as a show-stopping banana pie. 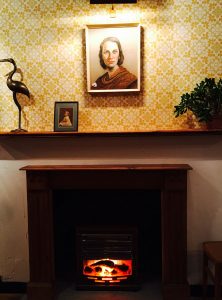 Drawing inspiration from the eccentricities, hoarding habits and lively spirit of Bobby the interior is fully inspired by the 70s and features original wallpaper, furniture and lighting, autographed photographs of celebrities such as Kate Bush, Leo Sayer and Olivia Newton John, board games including Happy Days and other 70s memorabilia.

The space is divided into 3 rooms “the kitchen”, “the lounge” and “the living-room”, all available to hire for private parties and events.

Open daily from early afternoon through to late night, Bobby Fitzpatrick’s will be a fun-spirited addition to West Hampstead and will bring back the feel of seventies house parties (without the keys in a bowl!).

New Pizza and Cocktail Bar Bobby Fitzpatrick Opening in London added by Newsroom on January 11, 2017
View all posts by Newsroom →