By Newsroom on September 11, 2017Comments Off on New York Bakery Co. Introduces the Woman Who Runs New York to the UK 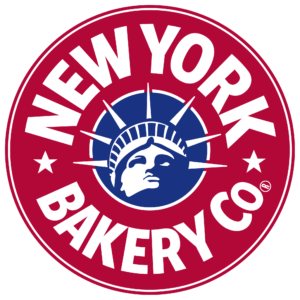 One of the UK’s leading bagel producer, New York Bakery Co, will unveil its biggest campaign since it was founded in the 1990’s as part of a significant £4m investment in the brand.

Building on New York Bakery Co.’s iconic ‘Taste of New York’ positioning, the new multi-channel campaign has been specially designed to make New York and bagels synonymous amongst UK consumers. It features several key elements, including a return to TV complete with new creative, an eye catching brand redesign, innovative NPD in the form of a new product launch and a new, improved bagel recipe.

The cinematic 30” TV ad, scheduled to air nationally on Monday 18th September, introduces Edna to the UK as ‘The Woman Who Runs New York’ because she feeds New York bagels. Edna’s strong-willed, acerbic sense of humour is famous throughout the city. A small person with a big personality. For Edna, bagels are the answer to everything. In the fast-paced ad, the audience is transported into the sights, sounds and buzz of the city as Edna makes the bagels that fuel the people of New York. 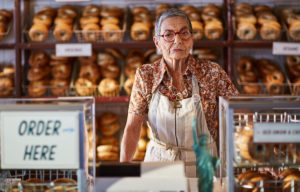 Tim Barkey, Marketing Director at New York Bakery Co., comments: “This September sees our biggest brand campaign yet with a major £4m investment to drive growth. To make New York and authentic bagels truly synonymous, we needed a brand campaign that put bagels at the heart of the city and we found the perfect person to do just that. Edna is one of a kind, just like our bagels. By shining a light on her, we highlight just how much New York relies on bagels. The creative tested well in consumer research and now Edna is all set to give the UK a taste of life across the pond.”

The major campaign includes a brand redesign on packs already rolling into stores across the country. 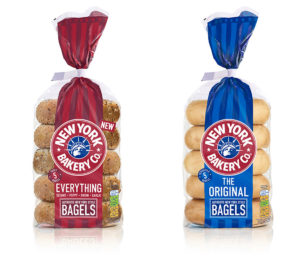 Barkey comments: “The new-look packs are designed to ensure New York Bakery Co. retains its iconic standout on shelf. We have a strong new logo that maintains a classic US feel but in a fresher, cleaner style. We’ve listened to consumers, added further cues to Lady Liberty and taken the opportunity as a brand to own the bagel shape. The recyclable film has been redesigned so that the bag is a tighter fit to ‘look better on shelf,’ and the packs feature a range of specially selected secondary colours and fonts to clearly differentiate between products. The result is a confident, modern, single-minded brand.”

Completing the major brand campaign is the launch of the NEW New York Bakery Co. Everything Bagel (RRP £1.60 for five bagels) made with sesame, poppy, onion and garlic. The new addition further bolsters the core range of New York Bakery Co. bagels made the authentic New York way: boiled then baked. 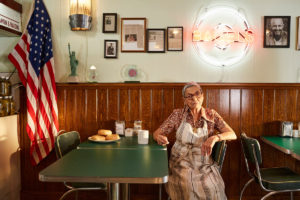 Barkey concludes: “As market leaders, we’re perfectly positioned to drive product innovation and our major brand campaign wouldn’t be complete without it. The introduction of our NEW Everything Bagel enhances the quality and choice available to consumers at fixture. And that’s not all. The introduction of new enzyme technology and a high-quality protein flour has delivered a bigger, better bake. It’s going to be a bright future for bagels.”

New York Bakery Co.’s ‘The Woman Who Runs New York’ will be activated across multiple channels for maximum consumer reach, including digital media, social media and PR. It comes as New York Bakery Co. leads the ambient bagel category with 81% market share, growing value by 3.9% year-on-year and growing units ahead of the category at 9.4% year on year.

New York Bakery Co. Introduces the Woman Who Runs New York to the UK added by Newsroom on September 11, 2017
View all posts by Newsroom →