By Newsroom on October 1, 2014Comments Off on Number of Global Veggie Product Launches Doubles Between 2009 & 2013 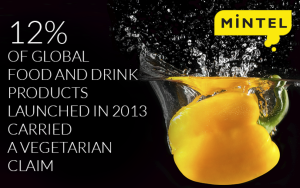 As World Vegetarian Day is recognised (October 1st) around the globe, it seems that more products than ever are showcasing vegetarian credentials. Indeed, new research from Mintel has found that 12% of global food and drink products launched in 2013 carried a vegetarian claim, up from 6% in 2009. Further to this, 2% of global food and drink launches carried a vegan claim in 2013, up from 1% in 2009.

Today in Britain, the vegetarian diet is firmly on the map with 12% of UK adults following a vegetarian or vegan diet, rising to 20% of 16 to 24s. In the UK alone, Mintel estimates the meat-free food market to have hit £625 million in 2013 and further forecasts it to rise to £657 in 2014, up from £543 million in 2009. Indeed, Mintel’s research reveals that almost half (48%) of Brits see meat-free products as environmentally friendly and 52% see them as healthy.

Laura Jones, Global Food Science Analyst at Mintel, said: “As World Vegetarian Day arrives, our research highlights just how much of an impact vegetarianism has had on the UK food and drink market. Globally, the outlook for the meat alternative market is positive and will continue to be driven by an emerging consumer trend towards meat reduction on a part-time basis, also called flexitarianism, entailing increased consumption of plant-based foods without completely cutting out meat. Indeed, many meat-reducing consumers have adopted a flexible attitude, choosing to limit meat, rather than eliminate it entirely. Launches of vegetarian and vegan products echo manufacturers desire to communicate the suitability of their products to the widest range of consumers.” 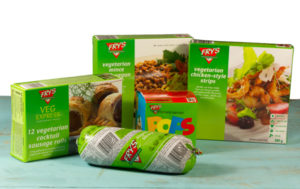 In addition, whilst it has been a concern for vegetarians that they will miss out on a vital source of protein, just 17% of Brits who are consuming less protein than they were a year ago say this is because they are following more of a vegetarian diet. Moreover, whilst the benefits of protein have been in the spotlight over the past 12 months, many Brits are opting for non-meat protein sources with one in eight (18%) Brits claiming they are eating more non-animal sources of protein (eg dairy, plant, grains) compared to a year ago. Despite this, in 2013 less than 1% of food and drink products launched globally carried both a ‘vegetarian’ and ‘high-protein’ claim.

Signifying the rise of the ‘flexitarian’, there seems to be a trend for consumers to embrace more vegetable-based meat dishes. Today, as many as one in eight (13%) UK meat-buyers claim they would be interested in buying half and half products from the supermarket, with 50% red meat and 50% vegetable protein for example. 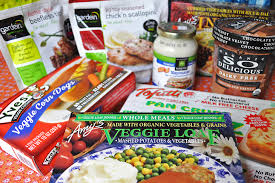 Further to this, the number of chocolate and sugar confectionery products using a glazing agent boasted even larger growth with 32% of these products carrying a ‘vegetarian’ or ‘vegan’ claim in 2013, up from 13% in 2009.

“Among chocolate and sugar confectionery products there is increasingly demand for vegetarian ingredients, reflected by the increasing use of both vegetarian and vegan claims on new product launches. Ingredients will continue to be scrutinised by consumers and manufacturers need to be responsive and proactive to quell any consumer concerns,” Laura concludes.

Number of Global Veggie Product Launches Doubles Between 2009 & 2013 added by Newsroom on October 1, 2014
View all posts by Newsroom →