Odysseus Arms Keeps the Hunger Monster Away with Foster Farms

By Newsroom on August 2, 2016Comments Off on Odysseus Arms Keeps the Hunger Monster Away with Foster Farms

Directed by Emmy-winning Hungry Man helmer Dave Laden, the spot shows an active young boy being thrown off his soccer game by a furry little monster. As the game progresses, the creature grows bigger and bigger, only to be kept at bay with a savvy save by his mom, serving up Foster Farms Corn Dogs to finally kick the Hunger monster to the curb. 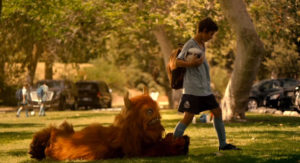 “Launching the first campaign for Foster Farms Corn Dogs was a big undertaking for us,” says Foster Farms Corn Dogs Marketing Director Jon Swadley. “We found a great strategic and creative partner in Odysseus Arms. Their immersive consumer approach in strategic and creative development resulted in creative that was immensely successful in our initial reads. We look forward to putting that success to the test in-market.”

The spot was developed using ThirdEye, Odysseus Arms’ proprietary creative development approach. The ThirdEye process allows Odysseus Arms to co-create with consumers to refine strategy and creative assets, and to empirically test, through focus groups and copy testing labs, prospective materials before they hit the market. 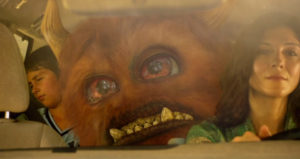 For this campaign, they worked alongside busy moms that are buying food for the always-hungry family. This approach brings the creative process a step closer to target consumers than generic market research, tailoring each concept to the unique goals of the campaign and the brand.

“ThirdEye started as a proprietary technique I was using to glean insight from an unfamiliar segmentation,” says Odysseus Arms co-founder Libby Brockhoff. “Four years later, it’s our model. It shows us what fascinates a consumer before media investment.”

Odysseus Arms Keeps the Hunger Monster Away with Foster Farms added by Newsroom on August 2, 2016
View all posts by Newsroom →