By Newsroom on September 25, 2014Comments Off on Orbit Gum Gives Away One Million Pieces Of Gum To Celebrate National Coffee Day 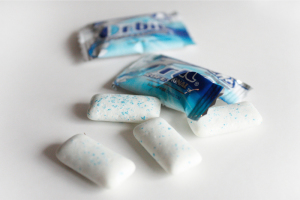 In celebration of America’s favorite beverage on National Coffee Day, Orbit gum is bringing a just brushed clean feeling to the masses. Orbit gum, made by Wrigley, a subsidiary of Mars, Inc., has teamed up with one of comedy’s rising stars, Jay Pharoah, to deliver one million pieces of sugarfree gum nationwide on Monday, September 29, 2014.

Coffee and gum fans in New York City can celebrate National Coffee Day with Orbit gum and Pharoah around Union Square Park on Monday, September 29, 2014 from 7 a.m. EST to 2 p.m. EST. The gum brand will hit the streets with a truck full of Orbit gum for the one-day celebration.

“New Yorkers drink almost seven times as much coffee as people who live in other major cities. There’s no better place for Orbit to surprise commuters with a National Coffee Day celebration, featuring sugarfree gum for everyone after they enjoy their morning coffee,” said John Starkey, Vice President Gum & Mints at Wrigley. 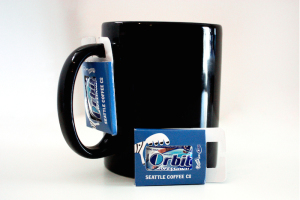 Orbit gum will also launch a National Coffee Day Twitter sweepstakes to give coffee drinkers a chance to win a year’s supply of Orbit gum.

Chewing Orbit sugarfree gum after eating and drinking helps give you a just brushed clean feeling so you can have confidence to be at your best. Orbit, along with Extra and Eclipse, was the first chewing gum to be awarded the American Dental Association’s Seal of Acceptance, in recognition of its oral care benefits and ability to help protect your teeth.

Orbit Gum Gives Away One Million Pieces Of Gum To Celebrate National Coffee Day added by Newsroom on September 25, 2014
View all posts by Newsroom →