By Newsroom on January 21, 2015Comments Off on Oreo’s New Campaign Wants To Inspire Your World With Fun & Imagination

Oreo has unveiled its new ‘Play With Oreo’ campaign that revolves around the concept of play, and is aimed at injecting fun and imagination into consumers’ lives.

Released under Oreo’s previous ‘Wonderfilled’ platform, its latest installment is a delightful animation showing the various ways the cream-filled cookies can be eaten.

It was created by The Martin Agency and features a catchy electronic soundtrack by French electro-pop band Yelle. 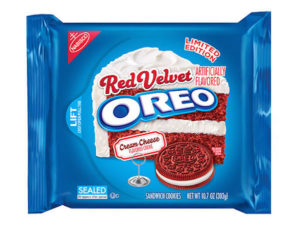 The ad will debut in the US on Monday, 26 January, in 15- and 30-second spots, and run in over 40 countries, including the UK, China and France.

“Fans have always played with Oreo in a number of unique ways by twisting, licking, dunking, rolling, stacking and dipping the cookie. Now, the brand is on a mission to inspire imagination and play around the globe, not only with the cookie itself, but in consumers’ everyday lives,” Oreo told Adweek.

With Valentine’s Day approaching, the brand is introducing Red Velvet Oreos with cream cheese-flavored centers, which will be available come 2 February.

Oreo’s New Campaign Wants To Inspire Your World With Fun & Imagination added by Newsroom on January 21, 2015
View all posts by Newsroom →