By Newsroom on December 12, 2013Comments Off on Panel: EU-US Trade Talks Should Remove Unfair Tax Bite on European Brewers 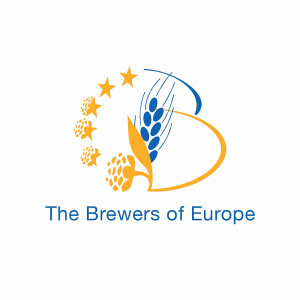 EU-US trade talks should create a more level playing field by removing taxes on European brewers from which their American competitors are exempt, said panellists at the 4,500-strong Brewers of Europe’s annual Beer Serves Europe gala highlighting a sector that supports 2 million jobs.

Whilst the EU sets a level playing field and the reduced excise tax rate permitted by the EU for small brewers is available also to small US brewers importing to the EU, the equivalent small brewer tax relief in the US only applies to domestically-produced beer, putting EU brewers exporting to the US at an important disadvantage, Brigid Simmonds OBE, Chief Executive of the British Beer & Pub Association, told the gathering on Wednesday.

“If you are an EU small brewer, you get nothing when you go to the US,” said Simmonds. “And we’re clearly asking our own governments and the EU that we would like this to change, and as part of TTIP,” she said, referring to the talks toward a Transatlantic Trade and Investment Partnership (TTIP).

“This is a very good example where industry needs to help us to make that case stronger in the discussions,” said panellist Salvatore D’Acunto, Head of Unit, Food and Health Care Industries, Biotechnology, at the European Commission’s DG Enterprise and Industry. “So we are absolutely open to take that on board, and to open the discussions with the US counterparts on this.”

A representative of the European Economic and Social Committee told the gathering that cash-strapped governments should think twice about higher taxes on the brewing sector, a message from the EESC’s Opinion released in October.

“I think the brewing industry is one of the thumping bags of governments,” said Edwin Calleja from Malta. “It’s the easy way how a government can really pick up a lot of money in a financial year through a slight increase in the excise tax. This industry is very vulnerable.”

Representatives from the EU Institutions, industry and the media also discussed the new EY report on ‘The Contribution made by Beer to the European Economy’, which says that the EU brewing sector is responsible for 2 million jobs, representing 1% of all EU jobs. Beer is a vital part of a long value chain; around 1.4 million jobs in the hospitality sector are sustained by beer, with a further 600,000 jobs being created in other interdependent sectors such as retail, farming and services.

“Beer is a driver for the European economy and a major job creator that goes far beyond breweries. For every 1 job in a brewery, there is 1 in agriculture, 1 in packaging and logistics, 1 in marketing, 1 in retail and 11 in the hospitality sector,” Demetrio Carceller, President of The Brewers of Europe, said in his keynote speech.

Whilst there are signs of the sector returning to health, with both EU production and consumption showing slight growth over the last two years, beer market value growth still lags behind inflation whilst a further 4% of the jobs sustained by brewing were lost. This loss of almost 84,000 jobs was driven by sharp increases in VAT (+9%) and excise duty (+9%) taxes levied across EU Member States, pushing an increasing proportion of beer consumption away from the labour-intensive hospitality sector.