Paulaner On The Road To Success In The CIS Region

By Newsroom on November 14, 2013Comments Off on Paulaner On The Road To Success In The CIS Region

In Moscow and St Petersburg, customers already experience the Bavarian way of life first hand with a freshly brewed beer and traditional cuisine in the Paulaner Bräuhäuser, the popular microbreweries of Paulaner.

Paulaner plans to open more public houses and breweries in the near future.

No market should be underestimated Sales in Ukraine doubled over the past four years, making the country the second most important export market in the region, followed closely by Belarus, where Paulaner has incredibly increased its sales by 60% over the last four fiscal years. In Georgia, a country with a population of just over four million, sales exceeded 1,000 hectolitres for the first time in 2013, making the Caucasus republic another significant export market for Paulaner. 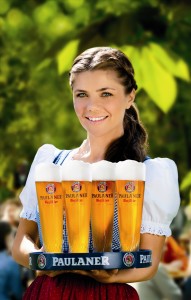 The beer made by the brewery founded by monks in 1634 is also becoming more and more popular at the foot of the biblical Mount Ararat, since the small countries of Armenia and Moldova are the rising stars in the CIS region.

“Our importer in Armenia opened three Bavarian-style restaurants over the course of a year and has already served more than 200,000 glasses of freshly tapped Paulaner beer,” Holger Loof, Paulaner’s Sales Director for the CIS countries, comments. “The often underestimated Moldova is another important future market. We more than doubled our sales there over the last four years,” Loof explains.

The newcomers are the sons of Genghis Khan

Paulaner beer specialities will also be available in Kazakhstan and Mongolia starting in 2014. After an extensive search, two market-leading companies were selected as distribution partners.

“The sale of draught beer is still our priority when we enter a market. A freshly tapped beer offers the customer a special taste sensation and represents reliable quality,” Loof says. “The naturally cloudy amber colour and fruity, refreshing flavour set our Weissbier (wheat beer) apart from the lager beer that dominates the global market. It is the export hit in our range.” 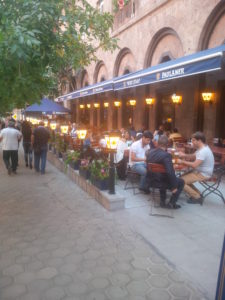 Working towards success with the right partners

Selecting the right local partners is also an important ingredient in Paulaner’s recipe for success. In 2013 Paulaner found two new importers for Russia, the largest CIS market: one for restaurants and one for retail business.

“As the number one in the German import beer business in Russia, we are delighted to be working with the country’s two strongest distribution companies in this segment. The chemistry with the proprietors is also right – which is not an insignificant aspect in international partnerships,” Loof explains.

The company plans to tap into more export markets in the region soon. Paulaner is currently in discussions with a potential importer in Uzbekistan. Partners are also being sought in the CIS countries of Kyrgyzstan, Tajikistan and Turkmenistan. Paulaner’s beer specialities are already available in 79 countries around the world, with plans to increase this to 100 countries in the near future.

Paulaner On The Road To Success In The CIS Region added by Newsroom on November 14, 2013
View all posts by Newsroom →