By Newsroom on June 21, 2018Comments Off on Pimm’s to Host Screenings of Wimbledon at The Refinery Bar in London and Manchester 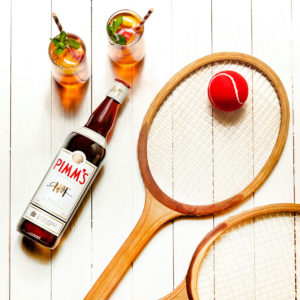 Pimm’s, the favourite British summer drink and Official Partner of Wimbledon, is hosting screenings at The Refinery bars in London and Manchester for fans to watch live coverage of the matches.

The Pimm’s screening garden at The Refinery Bankside, London, will include a large screen to enjoy the tennis, red and white striped deckchairs, a Pimm’s pop-up bar and a photo-ready flower wall for the duration of The Championships.

The Pimm’s garden will also be on the terrace of The Refinery Spinningsfield, Manchester, across the Fortnight, with a Wimbledon screening area inside.

A limited-edition afternoon tea with a Pimm’s twist will be served, including scones paired with Pimm’s-infused jam and clotted cream, waffles with strawberries soaked in Pimm’s, and a Pimm’s Eton Mess. 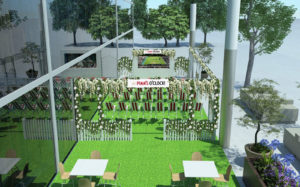 Tennis fans will also be able to choose from a drinks menu including the classic Pimm’s No.1 cocktail, the new Pimm’s Spritz cocktail, which includes a splash of sparkling wine, and Pimm’s No.6 (Vodka Cup) with botanical or citrus tonic. For a frozen treat, there will also be Pimm’s POPS available – ice lolliescreated with the British tipple.

Guests are encouraged to book in advance by visiting here, and walk-ins will be operating on a first come, first served basis. 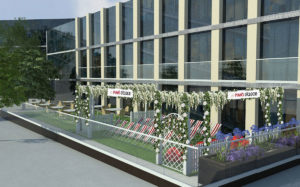 Wimbledon fans will also get the chance to win tickets to The Championships, as Pimm’s will be giving away two pairs of tickets in a social media competition. Fans should visit their Facebook and Instagram pages – @PimmsGB – and follow instructions about posting a picture with their #PimmsDoublesPartner to be in with a chance of winning.

Elly Martin, Pimm’s Senior Brand Manager, Europe, says: “Not everyone will get a chance to go to The Championships, Wimbledon, themselves, so we wanted to bring the joy of the game to them! We’re so proud to be an Official Partner of Wimbledon and look forward to serving up the perfect Pimm’s O’Clock across the Fortnight of tennis.”

Wimbledon matches will be shown throughout the two weeks, from Monday 2nd July to Sunday 15thJuly, at: 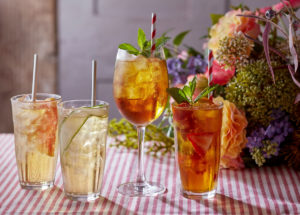 The Pimm’s afternoon tea is also available at all Drake & Morgan bars across the Wimbledon Fortnight, including Drake & Morgan at King’s Cross, The Anthologist at Gresham St, The Drift at Bishopsgate and The Folly at Gracechurch St.

Wimbledon ticket holders will be served the classic Pimm’s No.1 cocktail in the Grounds at the two Pimm’s bars – Pimm’s on the Hill and the Long Bar.

Pimm’s to Host Screenings of Wimbledon at The Refinery Bar in London and Manchester added by Newsroom on June 21, 2018
View all posts by Newsroom →