By Newsroom on February 17, 2015Comments Off on Pizza Hut Eyes Slice of ‘Nando’s Generation’ with Cocktail Bars 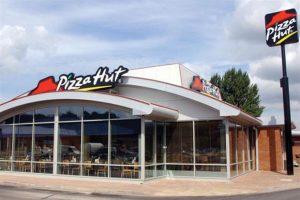 Pizza Hut is revamping its London stores to feature in-house cocktail bars, as it seeks to claw back sales from more trendy restaurants such as Nando’s and Pizza Express.

The pizza chain is ploughing a multimillion-pound investment into turning around its fortunes, beginning with the revamp of its store on The Strand, in a bid to shift positioning away from free kids’ ice cream, to more of a trendy feel.

It has added oak flooring and red leather seating to give the branch more of an upbeat feel as part of the revamp, and told the London Evening Standard it would roll out the design to other stores in 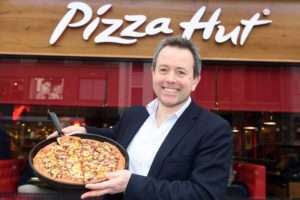 London later this year, with Marble Arch, Piccadilly and Queensway next on the agenda.

New stores will also feature more open kitchens, designed to address the perception that the pizzas are not fresh.

Operations director Mike Spencer told the London Evening Standard the revamp was about winning over adult customers who had eaten at Pizza Hut as children, but had graduated onto the likes of Pizza Express instead.

Pizza Hut Eyes Slice of ‘Nando’s Generation’ with Cocktail Bars added by Newsroom on February 17, 2015
View all posts by Newsroom →