By Newsroom on November 15, 2016Comments Off on Pret Tells Alternative Christmas Story as it Looks to Break Cycle of Homelessness

Pret A Manger is taking an alternative approach to Christmas marketing as it eschews a big budget TV ad and focus on gifting to instead tell the story of its apprenticeship scheme, which provides training and real jobs for the homeless. 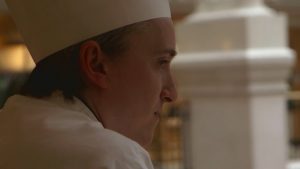 The campaign, called ‘Opening Doors’, marks the first time the high street food chain has invited a filmmaker to document the scheme. Director Matthew Barton was given access to the programme for a year to document the stories of some of its participants.

These stories include Jay Tarrant, who graduated from the programme in 2009 and is now a chef at London’s Landmark Hotel. The video also follows Mark and Sabina as they go from trial shifts in a Pret shop towards graduation and permanent roles. 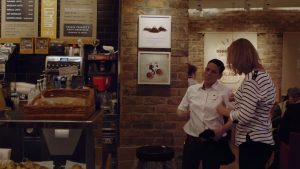 Julia Monro, Pret’s head of customer communications, said the film was initially intended for internal purposes – to show Pret’s employees how the scheme works. But that as it took shape the firm wanted to share the story with customers too.

“Ultimately we want to say thank you to our customers for their support by showing how the scheme is opening doors for hundreds of people. We would of course be delighted if the campaign inspires other companies to set up similar programmes,” explains Monro. 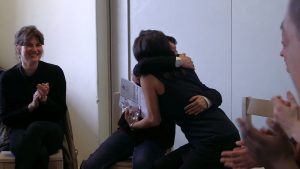 The five minute video will appear on Pret’s Facebook page and website. Pret is also promoting the scheme in its stores though tent cards, ceiling hangs, windows posters and its paper bags which will show a festive reef decoration made from herbs, vegetables and berries alongside the message: ‘Helping the homeless to help themselves’.

The creative goes on to thank and explain how customers’ donations have helped Pret support and train more than 350 apprentices. 50p from every Christmas sandwich Pret sells and 10p from every soup sold throughout the year, as well as the donation boxes in store, all go towards the Pret Foundation Trust which helps fund the scheme, as well as the Pret Charity Run which donates surplus food from its shops and to offer support to grassroots charities.

Pret Tells Alternative Christmas Story as it Looks to Break Cycle of Homelessness added by Newsroom on November 15, 2016
View all posts by Newsroom →