Rum’s the Word in This Season’s Cocktails

By Newsroom on June 10, 2013Comments Off on Rum’s the Word in This Season’s Cocktails 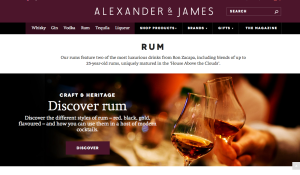 A new cocktail craze is bringing the art of mixology to new levels and has inspired a rise in rum consumption. For the first time since the 1960s, rum has overtaken vodka as the most consumed spirit according to supermarket and drinks firms.

Supermarkets such as Tesco report that the rising popularity of the mojito cocktail has spurred much of rum’s growth. It comes as a bit of a surprise in the UK market, with a population more known for enjoying their gin and tonics. In the last year, Tesco has reported a sales jump of 22 per cent for the spirit, far beyond other spirits.

Diageo, owner of Captain Morgan, reports that the dark rum category is growing at 8 per cent in value terms in the UK. Because they are aged longer, dark rums are usually considered to be of higher quality. 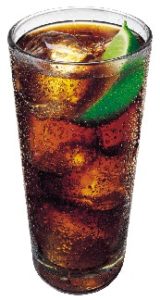 Rum enthusiasts enjoy the deeper flavour and the colour it adds to a mixed drink. In addition to this, leading global information and measurement company, Nielsen, has reported a growth in golden rum’s value of 33 per cent. Other rum types include white, gold, dark, spiced, premium, and flavoured.

In the 1960s, the Cuba Libre-a mixture of rum and coke-was the cocktail of choice and held an exotic status. Today, cocktails are made using ingredients such as lavender, rosewater and agave and are paired with one or more spirits including gin, rum and vodka to create signature and memorable drinks.

With consumers looking for evermore unique, high quality cocktails, there is a greater demand for niche brands. People are keen to make educated purchases and are willing to seek out worthwhile brands.

With the help of sites such as the exclusive new online store Alexander & James, which is dedicated to luxury spirits, consumers can also keep up the cocktail culture at home. A&J even offers drinks enthusiasts collection sets, which combine first-class spirits with branded cocktail accessories such as ice buckets and cocktail glasses.

Rum’s the Word in This Season’s Cocktails added by Newsroom on June 10, 2013
View all posts by Newsroom →