By Newsroom on March 7, 2014Comments Off on Sainsbury’s Launches ‘Women’s Coffee’ for International Women’s Day 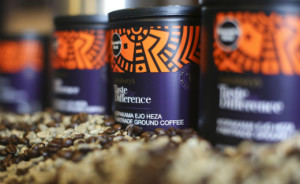 Sainsbury’s launched the first ‘grown by women’ coffee to hit mainstream shelves in the UK at a coffee tasting event in the House of Commons on March 6, hosted in partnership with the ethical trading organisation, Twin. The fully-traceable Kopakama Ejo Heza Fairtrade Ground Coffee carries a premium to support women growers, many of whom were affected by the Rwandan genocide in 1994.

Kopakama is located on Rwanda’s western border and while conditions are perfect for growing premium-grade Arabica coffee, local coffee farmers have struggled to earn a living due to economic and social challenges following the genocide. Many of the cooperative’s 247 women members lost their husbands in the violence and subsequently faced particular difficulties in owning land and earning a living.

The cooperative also purchased a communal farm and coffee trees to allow women without land to join the cooperative and benefit from the initiative. The very first harvest from the communal farm has gone into this Taste the Difference coffee, alongside coffee fully-traceable to small farms owned by women. Sainsbury’s pays premium for the coffee to support women members.

As the largest Fairtrade retailer in the world, anyone who buys this coffee from Sainsbury’s knows that their money is going to help the 247 women members of the Kopakama coffee co-operative in Rwanda. Sainsbury’s works hard to identify and create opportunities for organisations such as the Kopakama co-operative and give them access to the high street.

The UK’s Department for International Development’s Food Retail Industry Challenge Fund helped to create the first link between Sainsbury’s and Twin in 2011. 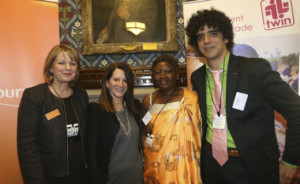 Leonille Mukankwiro, Kopakama member, says: “My husband was a member of the cooperative and so the coffee cherries were delivered to Kopakama in his name. Every year when we got paid we would fight – I didn’t know how much money we got or how it got spent. So I decided to become a member myself, in my own right.  Things are much better now – having control over the income is a big improvement for me and the family”.

The initiative has resulted in a significant increase in Kopakama’s female membership and has given women a greater say in the home and within the organisation.

Judith Batchelar, Director of Sainsbury’s Brand, said: “Kopakama Fairtrade coffee illustrates the vital role women play in agriculture across the World and especially in Africa where 66% of smallholder farmers are women.  I’m glad that the hard work of the Ejo Heza project, known as ‘better tomorrow’ resulted in the launch of such a great coffee.

As the World’s largest retailer of Fairtrade, we’re always looking to ensure benefits are seen throughout the whole supply chain while offering our customers a great tasting, quality product.”

Nicolas Mounard, Twin’s Managing Director, said: “In coffee, women tend to take the lead in fermenting and drying the beans, where taste and quality can be determined. Any business interested in securing a consistent supply of quality coffee should therefore value and support women suppliers. Women’s Coffee gives visibility to these often overlooked main characters, giving an enormous boost to their sense of pride in their work.”

Lynne Featherstone, Parliamentary Under-Secretary of State for International Development, said: “Helping women in countries such as Rwanda to earn a living and support their family is the best way to beat chronic poverty. I am proud that Britain works closely with organisations like Twin and Sainsbury’s to ensure that this project makes a real and lasting difference to the people who need it most.”