By Newsroom on January 8, 2014Comments Off on Saka Water Promote Healthy Living with Gym Kit Promotion

To encourage people to get active, Saka Natural Mineral Water is giving away hundreds of Saka Gym Kits throughout 2014. 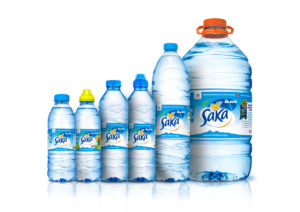 One of the UK’s fastest-growing water brands, Saka Natural Mineral Water is building a growing reputation as one of the water brands of choice.

As part of their mission to communicate a positive health message and reinforce the importance of drinking water for good health and well-being, Saka are sending out Gym Kits to consumers across the UK.

Each kit contains essentials to get active in the New Year, including a Saka t-shirt and sports bottle, as well as a 6-pack of Saka Natural Mineral Water to get you started. The Gym Kits will be sent out to consumers throughout 2014 by using Saka’s social media channels, and at events and festivals across the UK in the summer months.