By Newsroom on October 16, 2017Comments Off on Scotch Eggs, Omelettes and Sticky Ribs at West Midlands Vegan Festival 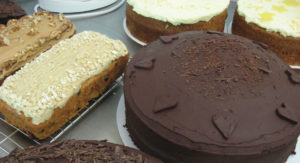 The West Midlands Vegan Festival is an annual celebration and promotion of ethical, compassionate, eco-friendly plant based diets and lifestyles. It is the longest running exclusively vegan festival in the UK, making it the perfect introduction to the vegan lifestyle.

Last year’s event was obtained great success with over 1,000 more visitors compared to the previous year – and the biggest ever in its nine year history. This year, the organisers are staging a unique event on a bigger scale to celebrate the festival’s 10th anniversary on the 28th and 29th of October.

Event organiser Kevin White, comments, “I’m really proud of last year’s show! We’ve had an amazing turnout, some wonderful feedback and many more people saying that they’ll be going vegan as a result of attending. Veganism is now a fashionable and accessible lifestyle choice and this event has given many people all the answers they’ve needed to enable them to achieve their dream of going vegan, too.” 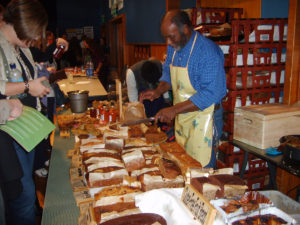 The 2017 festival will include lots of mouth-watering food and ethical products, with over 160 stalls including clothes, makeup, skincare and food, cookery demos, live entertainment throughout the weekend, an all vegan bar, fun kids activities, raffles, competitions and free food to try.

There’s now no need to miss out on cheese if you’re thinking about going vegan, with The Naturally Vegan Food Company who will be offering a quintessential selection of hand-made vegan cheeses using organic ingredients. And you’ll have plenty of choice with Good Carma Foods who will also be offering their special range of plant-based cheeses.

Badgers Dairy & Egg Free will be selling their delicious range of chilled products, including coleslaw, potato salad and ‘egg’ mayonnaise.

Jack Bakes will be making an appearance as one of the many stalls exhibiting at the event for the first time. A cake maker since childhood, Sarah went vegan in 2013 and now creates only vegan cakes, and they’re all gluten-free with some sugar-free too.

And if you have a sweet tooth and are missing the Mars bars and Snickers, Lakeside Ethical Treats‏, the world’s biggest mobile vegan sweet shop, will be on-hand to offer some irresistible vegan alternatives. 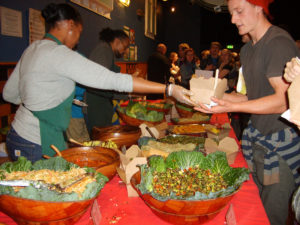 If you’re looking for fashion, bags, accessories and more, Hempish will be on hand with their unique range of sustainable hemp and bamboo products from source. Multi award winning organic, natural, vegan and handmade UK skincare brand Heavenly Organics will also be there.

Hugletts Wood Farm Animal Sanctuary will be fundraising and raising awareness of the plight of farmed animals. They’ll be selling a wide range of clothing, cards, gifts and lots more.

The 10th annual West Midlands Vegan Festival is being held at the Wolves Civic, outdoors and in the Art Gallery on Saturday 28th and Sunday 29th October, 10am-6pm both days. Entry is £1 on the door, with under 16’s free!