By Newsroom on November 20, 2014Comments Off on Sean “Diddy” Combs & CIROC Ultra Premium Vodka Invite You To “Step Into The Circle”

The makers of CIROC Ultra Premium and Sean “Diddy” Combs invite consumers to “Step Into The Circle.”  The positioning of this new CIROC campaign is an evolution from the widely popular “Luck Be A Lady” commercial. It highlights the importance of celebrating life achievements with those closest to you.

CIROC’s previous platform, “Luck Be A Lady,” provided glimpses into Diddy’s lifestyle and influential people in his world.  “Step Into The Circle” turns the lens outward. It captures scenes of celebration amongst everyday consumers that enjoy CIROC as a centerpiece of their special occasions

The integrated marketing program kicks off in Duffy Square, the northern triangle of Times Square.  To commence the new campaign, CIROC, in partnership with New York City, is constructing a groundbreaking 36′ by 20′ dome that will be a temporary 24-hour installation. 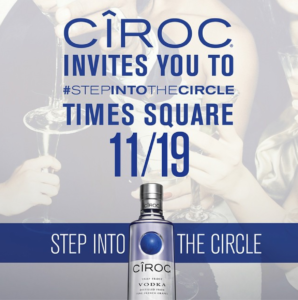 Guests will enter a life-sized exhibit featuring the various moments that the campaign commemorates.  Fans are encouraged to #StepIntoTheCircle via social media by sharing and tagging personal photos of their own circles.

“‘Step into the Circle’ embodies the philosophy, ‘If you want to walk fast, walk alone. If you want to go far, walk together,’ honoring the indestructible bond of an inner circle of friends, colleagues, and long-time connections,” says Combs.  “The campaign is genuine, real and reflects the journey that you take with the people who matter to you most.”

CIROC will debut “Step Into The Circle” with a world premiere event. Diddy will host the evening, which features inspirational people in his life that compose his social circle. The presentation will include a first ever five-minute takeover of all electronic billboards in Duffy Square.

Maintaining momentum, “Step Into The Circle” will launch a fully integrated campaign that spans broadcast, print, out-of-home, digital, on and off premise and experiential events. 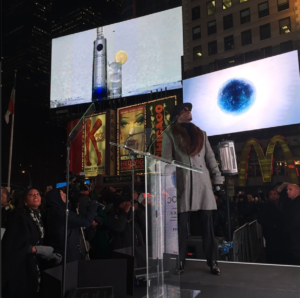 The television ad of the same name is directed by acclaimed music/film director Paul Hunter and launches on ESPN during an NBA game on November 21.

The spot includes cameo appearances by Diddy himself, rapper French Montana, artist Jermaine Dupri, and model/singer Cassie. The music and visuals evoke memories that bring us back to our circle – the unbreakable bond.

In addition to the launch event in New York, CIROC will recreate the dome experience at major cultural events throughout the calendar year including New Year’s Eve, NBA All-Star Weekend and Grammy Award Weekend.

Sean “Diddy” Combs & CIROC Ultra Premium Vodka Invite You To “Step Into The Circle” added by Newsroom on November 20, 2014
View all posts by Newsroom →