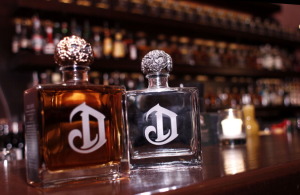 Diageo –the global leader in beverage alcohol – and Sean Combs unveil a newly-expanded portfolio from the luxury brand, Deleon Tequila, that brings the extraordinary product to a broader group of consumers through new Platinum and Reposado variants, starting at $60 MSRP. This launch marks the first release from the Diageo and Combs Wine & Spirits joint venture since the Deleon Tequila acquisition was announced in January 2014.

“Consumers are embracing ultra-premium and luxury tequilas, and the exceptional new Deleon line will find an expanded audience of believers,” said Larry Schwartz, President, Diageo North America.  “With Sean as our joint venture partner, I am confident in Deleon’s potential to succeed and believe that it will play an increasingly important role in achieving Diageo’s tequila ambition.” 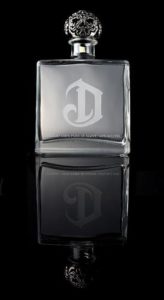 Leading the Deleon Tequila line-up is the new Platinum.  Un-aged and unrivaled in finish, Deleon Platinum Tequila ($60 MSRP per 750ml) is a provocative Blanco with a rich, complex agave honey that is slow-fermented and twice-distilled. During the second distillation, the head and tail of the distillate are cut to preserve only the most sought-after liquid. This allows the Deleon Tequila brand to achieve Platinum’s remarkable smoothness and retain its depth of character.

As Diageo and Sean Combs embark on their next venture, keeping social responsibility at the core of the brand is key to a successful launch and ensuring only consumers over 21 will enjoy the exceptionally smooth drinking experience.

The complete Deleon Tequila collection delivers six distinctive variants – three ultra-premium and three luxury– made from the finest, hand-selected 100% Blue Weber agave sourced from the rich earth of the Los Altos region of Jalisco. The Deleon Tequila Ultra-Premium line achieves a high level of smoothness and exceptional quality with Platinum, Reposado and Anejo (available Summer 2015) expressions ranging from $60-$75 MSRP per 750ml. The Deleon Tequila Luxury line, priced between $150-$850 MSRP per 750ml, boasts the complex profiles of Diamante, a joven, Extra Anejo – and the exquisitely bold and refined Leona – selected from the Deleon private reserves, long-aged and rested in both American Oak and French Sauternes casks.

“True luxury is about pushing boundaries to boldly define a way of life,” said Sean Combs, Chairman of Combs Wine & Spirits. “With the creation of Deleon we accepted nothing but the best because we know Deleon drinkers desire and expect the best tequila on the market – and that’s exactly what we’ve delivered. I fell in love with Deleon when I first tasted it and I hope you will too.”

Deleon Platinum and Reposado will be available in November 2014 at participating stores nationwide with Anejo hitting markets in Summer 2015. The Deleon Tequila Luxury line, including Diamante, Extra Anejo and Leona, will become available in December 2014.