Small Cakes Are The Icing On The UK Cake Market

By Newsroom on June 12, 2013Comments Off on Small Cakes Are The Icing On The UK Cake Market 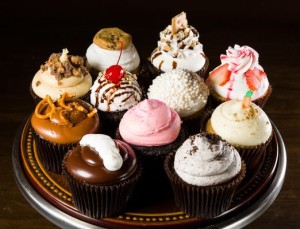 While the Victoria Sponge, Lemon Drizzle and Battenberg have long had a place in the nation’s hearts, recent years have seen consumers turning to baking, eating and creating cakes of the smaller variety.

It seems there is further scope for growth in small cakes, as today, one in four (24%) Brits who eat or buy cakes say they would like to see more cake sold in individual portions.

The proliferation of sharing formats in other categories such as chocolate confectionery and biscuits has spurred cake manufacturers into action, with new product development in small cakes easily dominating the market, and sales in the sector enjoying an unrivalled boost in volume. The fact that the market share of small cakes  – such as muffins and cake bars – has now exceeded that of the larger variety, reflects the role smaller cakes have  forged in modern snacking lifestyles.

But while over the past couple of years Brits have gone crazy over cupcakes, new research from Mintel’s research reveals muffins are now getting a slice of the action. 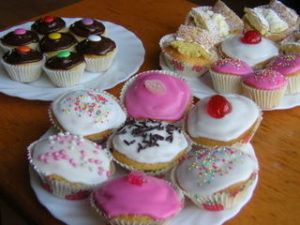 “The rapid growth in volume sales for sweet muffins can be partly attributed to the prevalence of mini muffins tapping into the bite-size trend and sharing occasions.” Emma continues.

Home baking in general has experienced something of a revival, driven by the economic downturn and the popularity of TV cooking shows, with market value up by 59% between 2007 and 2012 to reach an estimated £1.7 billion in 2012.

Moreover, more than a quarter (75%) of bakers claim to enjoy baking, and around four in ten (41%) want to learn how to improve their baking. 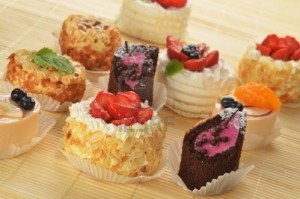 Manufacturers have been quick to respond to consumer baking enthusiasm. In the UK, launches of baking ingredients and mixes posted 100% growth between 2009 and 2012, and the UK now ranks second in Europe for new product launches in this category, accounting for 14% of all NPD activity in  Europe in the category in 2012, just after Germany (17%), and ahead of France (13%), Italy (10%) and Spain (8%).

Mintel’s research also shows that products such as ready-made pastries and prepared mixes and even ready-to-bake products are likely to appeal to time-pressed consumers, with 40% of new product launches boasting “ease of use” claims in 2012.

Despite the high popularity of cakes – just 6% of Brits haven’t eaten cakes and cake bars in the last six months – health concerns and cost reasons remain high on the public agenda, topping the list of potential purchasing barriers.

The biggest concern is the level of sugar and fat in cakes, noted by one in three Brits (34%), while 22% prefer healthier snacks (eg fresh or dried fruit and nuts).

In terms of economic concerns, a third (32%) of consumers consider cakes and cake bars to be overpriced, with one in four (23%) saying this is an area they have cut back on to save money, this sentiment significantly higher among women (26% women vs 19% men).

Small Cakes Are The Icing On The UK Cake Market added by Newsroom on June 12, 2013
View all posts by Newsroom →