By Newsroom on October 4, 2016Comments Off on Smirnoff Sound Collective Launches LEAP Documentary

The makers of Smirnoff Vodka announced that Smirnoff Sound Collective, the brand’s international music platform committed to becoming the biggest contributor to the inclusive electronic music culture, have partnered with Toronto Artists – Zeds Dead on a new documentary titled, “LEAP” (above) which released on October 3rd, 2016. 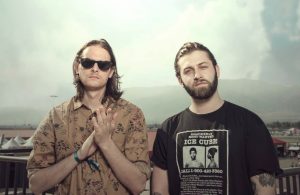 Dylan Mamid (aka DC) and Zachary Rapp-Rovan (aka Hooks) formed Zeds Dead in 2009. LEAP chronicles the ambitious rise of Zeds Dead from their early Toronto beginnings in the electronic music scene, to becoming a respected staple of the international touring circuit. “When you talk about a group like Zeds Dead, you hear the bass lines, you hear the drum and bass and the breakbeats that exploded here in the 90’s, the huge ragga influence, UK funky and the whole UK bounce stuff, you hear… Toronto” explains author and nightlife historian Denise Benson in LEAP.

The latest musical contributors who are bringing Toronto’s legacy to the global stage, Zeds Dead are also celebrating their recent launch of their newest entrepreneurial platform – their own music label, Deadbeats – and the upcoming release of their new album Northern Lights on October 14, 2016. Featuring collaborations with Diplo, Rivers Cuomo, Twin Shadow, Pusha T and fellow Canadian singer Martina Sorbara (Dragonette), the new album shows off the depth of their success. 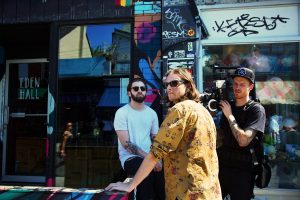 “Toronto’s music scene is no longer our best kept secret. The Smirnoff Sound Collective™ has been committed to collaborating and supporting the inspiring work of Zeds Dead since early 2014. We’re thrilled that we can continue to support Dylan and Zack on this exciting next phase of their growing career,” said Amber Zwolak, Brand Manager, Smirnoff Canada.

“Supporting the long-term goals and passions of unparalleled talents like Zeds Dead, is the vision behind the Smirnoff Sound Collective™. The release of the film – LEAP – is a continuation of our global goal to become the biggest contributor to electronic music culture. We believe this type of collaborative brand support is an important step in our continued commitment toward telling the diverse stories of artists like Zeds Dead.” said Justin Medcraft, Smirnoff Global Senior Brand Manager.

Launched in 2014, Smirnoff Sound Collective brought their initiative to North America in March 2016 in Miami by transforming a South Beach Hotel and filling it with world famous line-up of exceptional electronic DJ’s including Zeds Dead, Gorgon City, What So Not, MK, Claptone, Tokimonsta and many others.

In June, they live-streamed and hosted a same-sex couple’s wedding during Insomniac’s EDC Las Vegas weekend, further promoting the inclusiveness of the electronic music genre.