By Newsroom on April 10, 2014Comments Off on Smirnoff Vodka Cuts The Velvet Rope With The Launch Of New Campaign

Waiting in a standstill line that wraps around the block. Being at the mercy of the “bouncer’s discretion.” Blowing three months’ rent just to stand behind a velvet rope and hold a bottle with a sparkler. Sound familiar? Well, Smirnoff, the world’s best-selling vodka, is here to remind people that fun nights out don’t have to be such a hassle. Exclusivity is out. It’s time to let everyone in. Introducing “Exclusively for Everybody” – Smirnoff’s new global marketing campaign.

Vodka, at its core has always been the drink of the people; approachable and accessible for everyone. But somewhere along the way, the spirit became associated with exclusivity and pretension. As the leader in vodka, Smirnoff decided it was time for a change. While remaining rooted in promoting responsible drinking, the new campaign celebrates the brands belief that exclusivity for few is less fun than good times for all. 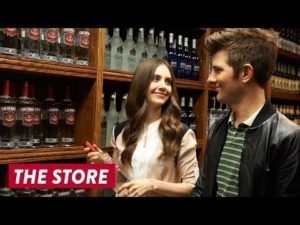 “We wanted to bring a fresh voice to vodka and break through some of the exclusive characteristics the category has come to be associated with.  Smirnoff was created to be enjoyed by everyone, from Czars and Hollywood stars to you and your friends in the bar down the street. We want to celebrate that we’re there for good times, wherever and however they occur,” said Dan Kleinman, US Brand Director of Smirnoff.

Smirnoff has created a digital film and six 30 second spots for the “The Party” which tells the story of two friends planning and hosting a party while poking fun at the elements that get in the way of honest, effortless good times. While house parties are always a good time for the many, Smirnoff recognizes that no party is complete without a safe ride home; that’s why one of the 30 second spots titled: Ride Home is dedicated to just that.

Under the direction of the renowned Russo Brothers of Arrested Development and Captain America: The Winter Soldier, television superstars Alison Brie of NBC’s Community and Adam Scott of NBC’s Parks and Recreation play host to the epic house party.

“When I read the script for ‘The Party’ I really liked the message and vibe that Smirnoff wanted to bring to the forefront,” said Alison Brie. “A good time is always more fun when everyone is included and I think the playfulness of ‘The Party’ videos brings this to life.”

“‘The Party’ videos really showcase the idea of inclusiveness,” said Adam Scott. “It’s so refreshing to work with a brand, like Smirnoff, that understands that a good time can be casual and unpretentious.” 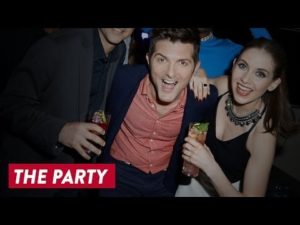 The first release of the new global ‘Exclusively for Everybody’ platform ‘The Party’ will kick off in April 2014.

Created by 72andSunny‘s Amsterdam and New York offices, the creative will be brought to life through a fully integrated campaign across all media including: broadcast, out of home, digital and a national partnership with Spotify, the leader and trailblazer in bringing today’s music to the masses.

Consumers of legal drinking age will have the chance to live “The Party” by submitting their must-have house party track into the sweepstakes by going here for the chance to win one of four epic house parties thrown in their hometown. For those who don’t walk away with the grand prize, entrants can win a three-month premium Spotify membership.

Smirnoff Vodka Cuts The Velvet Rope With The Launch Of New Campaign added by Newsroom on April 10, 2014
View all posts by Newsroom →