By Newsroom on February 20, 2018Comments Off on SPC Celebrates 100 Years with Newly Launched Masterbrand Ad by Leo Burnett Melbourne

Celebrating its centenary, SPC, Australia’s oldest and proudest fruit producing business, has released a new masterbrand TVC via Leo Burnett Melbourne, celebrating the best of the company from the past 100 years.

Whether it’s the traditional peaches on a pavlova or a baked bean jaffle, SPC has been a staple in Australian households for the past century and is today celebrating all that makes it great – including its loyal staff. 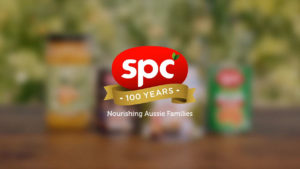 Simone Coté, general manager marketing and innovation, SPC said: “Not only does our new TVC honour the momentous milestone of turning 100, it encapsulates the spirit and legacy of SPC through heroing key moments in Australian culture, brought to life through the great employees of SPC. We have and always will play such an instrumental role in Australian households, and this has been shaped over the years by the hard work of our staff and growers across the Goulburn Valley. Our new TVC is a chance to say thank you whilst celebrating all that’s great about Australian made.”

Mark Jeganathan commented, procurement manager based out of Richmond, is one of the many SPC employees featured in the campaign – starring alongside his two sons and wife. He says that it was another exciting moment for him and his family, having worked for SPC for 6 years.

“It was such a fantastic opportunity to be featured in the campaign, with my family. The whole cast are like one big family, passionate about what we do, which you can see in the ad. It’s a genuine reflection of the people at SPC,” said Jeganathan. 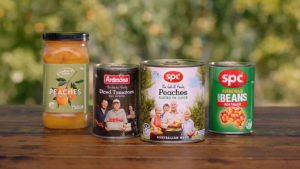 Developed by Leo Burnett Melbourne, the TVC depicts a typical Australian summer afternoon, complete with sprinklers, backyard cricket and a SPC pavlova enjoyed with family and friends. The commercial pans out from this location to the beautifully scenic orchids of one of the many growers who have supported SPC over its lifespan.

Coté added: “Our new TVC is about all Australian goodness and the food that SPC has been producing to nourish Australians for the past century. Here’s to another century and more great stories to tell.”

The TVC will launch with a 30″ version, followed by a series of six 15″ short story ads over the coming six months. The initial schedule includes national mainstream TV from 18 February 2018.