By Newsroom on March 7, 2014Comments Off on Starbucks Creates ‘Tribute Blend’ To Celebrate Its 40th Anniversary 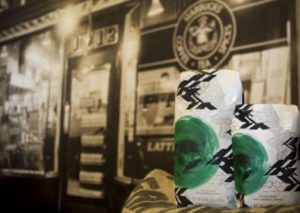 Starbucks created Tribute Blend to celebrate the company’s 40th anniversary, to honor customers and partners, and to recognize the accomplishments of the coffee producers and roasters.

“I wanted a coffee that captured the essence of our history and honored most unique qualities as company and coffee purveyor and also had a taste profile that would resonate with our most loyal partners and customer,” wrote Howard Schultz, chairman, President, and CEO of Starbucks, in his book “Onward: How Starbucks Fought for Its Life without Losing Its Soul.”

The special coffee and the book “Onward” both came out during Starbucks 40th anniversary year in 2011. Schultz described the flavor as being “like nothing we’d ever produced. A flavor that, unlike the easy approachability of Pike Place Roast or even the intensity of our coveted Christmas Blend, would pack an unequivocally bold punch.” 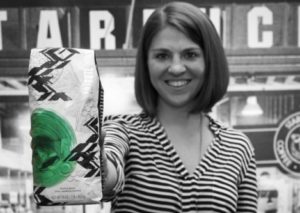 Tribute Blend combines four of customers’ all-time favorite coffees from all three growing regions. The Sun-Dried  Ethiopia coffee, with an exotic flourish of dark cherry, is from Africa. Aged Sumatra comes from the Asia/Pacific region, featuring deep notes of cedar and sweet. Also originating from the Asia/Pacific area is the Papua New Guinea coffee, a deep-toned coffee with juicy herbal taste. Colombia coffee, with balanced and nutty tasting notes, hails from Latin America.

Graphic designers on the Starbucks packaging team were inspired to create a bag for this special coffee after tasting the Tribute Blend. Since Tribute has a complex taste from blended coffees, the team knew they wanted a multi-layered, hand-painted image for the bag. 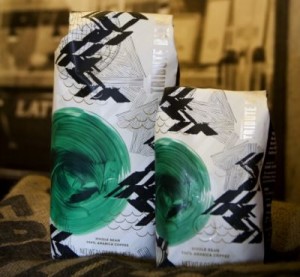 “Just as coffee taste is unique to an individual’s palate, people can look at the bag design and interpret it in different ways,” said Marisa Crane, a senior designer for Starbucks.

They spent about a year designing and developing an image to complement the coffee. Green circles, representing the Starbucks logo in abstract form, are a key feature of the bag pattern.

“I am so proud and respectful of the work put in to produce something special and fitting for this celebratory event,” Schultz wrote about the 40th anniversary coffee in his book.

It’s only natural that the coffee was named Tribute Blend. It is available in Starbucks stores since Tuesday, March 4th.

Starbucks Creates ‘Tribute Blend’ To Celebrate Its 40th Anniversary added by Newsroom on March 7, 2014
View all posts by Newsroom →