By Newsroom on January 17, 2018Comments Off on Stella Artois and Water.org Team to Encourage Beer Lovers to ‘Make Your Super Bowl Party Matter’

Stella Artois, part of the Anheuser-Busch family of brands, and Water.org announced a call to action for all beer lovers who plan to watch 2018’s Super Bowl, the most highly watched event of the year. By stocking up on Stella Artois beer for the big game and beyond, people across the country can help provide access to clean water for those in the developing world. More than 663 million people are impacted by the global water crisis today. 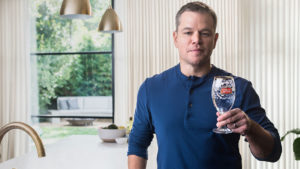 “We’re excited to bring this global issue to a stage as big as the Super Bowl this year,” said Harry Lewis, Vice President, Stella Artois. “I feel very privileged to work on a campaign that will help build a better world for millions of people; doing well by doing good is an incredible feeling, which is why I’m so passionate about our partnership with Water.org.” 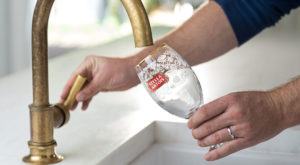 To kick off its fourth annual campaign in partnership with Water.org, Stella Artois is returning to the Super Bowl for the first time since 2011 with a new TV advertisement titled “Taps,” starring Water.org co-founder Matt Damon. The 30 second spot positions water taps and instant access to clean water as something most people in the U.S. might take for granted, while people in the developing world have to walk hours each day to collect water.

Showcasing the Stella Artois Limited-Edition Chalice, which has been the centrepiece of the campaign since its inception in 2015, the ad invites viewers to help end the global water crisis by purchasing a Chalice, ultimately giving time back to those whose daily life revolves around the journey to find water. Mother is the lead creative agency for the campaign. 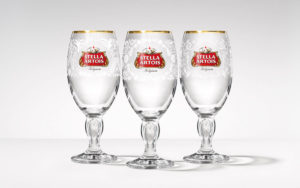 “If just one percent of viewers watching the Super Bowl this year purchased a Chalice, we could help provide access to clean water for up to one million people in need,” said Damon. “Now with three simple ways to donate – through the purchase of a Limited-Edition Chalice, a 12-pack, or a pint at a bar – we’re making it easier than ever for consumers to help.”

Now in its fourth year, the “Buy a Lady a Drink” campaign was developed by Stella Artois and Water.org to help end the global water crisis and provide an opportunity for consumers to contribute to the cause. To date, the campaign has helped more than 1 million people around the world gain access to clean water. The crisis disproportionately affects women and children, who can spend up to six hours per day collecting water.

Each year the campaign features Limited-Edition Chalices representing countries where Water.org provides support. This year’s Chalices feature unique designs by Silvana Avila from Mexico, Janine Shroff from India and Monica Ramos from the Philippines. Each design reflects the artists’ experience and artistic interpretation of the global water crisis in their own community. 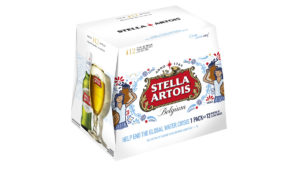 In 2017, Stella Artois and Water.org announced a four-year partnership to help provide 3.5 million people with long-term, sustainable access to clean water by 2020. The expansion of donation opportunities as well as the reach of the program will help achieve this ambitious goal.

The partnership launched in 2015 in five global markets – the U.S., U.K., Canada, Belgium and Argentina – leveraging Stella Artois’ global footprint to raise awareness and spark action to engage in the cause. The campaign has greatly expanded its reach since its inception, doubling the number of participating global markets to now include 10 countries. Mexico, Australia and South Africa are the newest markets to join; Brazil, Chile and Uruguay came on board in 2017. 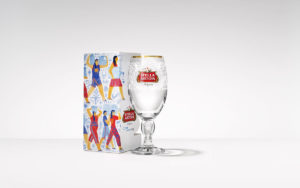 The partnership has enabled Water.org to expand support to new countries like Brazil and Mexico, a country in which, as of 2015, only 14% of the population had access to piped water 24 hours a day1. Water.org is already laying the foundation for household level impact in 2019.

“The scale of the Super Bowl audience will amplify our efforts exponentially — in just one day,” said Julie LaGuardia, head of Brand Partnerships at Water.org. “The simplicity of the call to action, coupled with the significant reach and resources that Stella Artois has put behind it, will help us transform the traditional ‘cause campaign’ into a powerful platform for global impact.”

To date, Stella Artois has helped provide more than 1 million people in the developing world with access to five years of clean water through the sale of more than 500,000 Limited Edition Chalices, and by directly donating more than $8 million to Water.org. 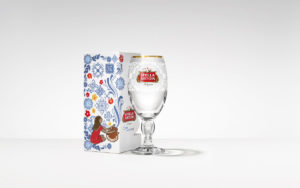 “Water.org is continually scaling and evolving our model to help end the global water crisis,” said Gary White, CEO and co-founder of Water.org. “The investment that Stella Artois has made in our partnership will help advance these efforts, and help achieve Water.org’s goal to reach 60 million people by 2022.”

Have a Beer With Stella Artois and Water.org to Kick off “Make Your Super Bowl Party Matter” 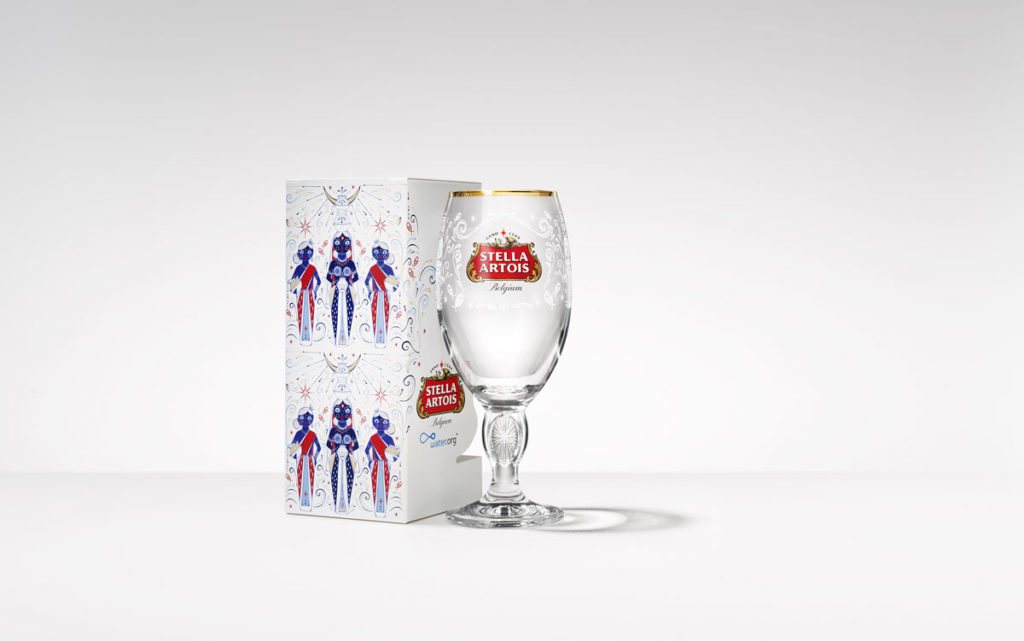 Stella Artois and Water.org Team to Encourage Beer Lovers to ‘Make Your Super Bowl Party Matter’ added by Newsroom on January 17, 2018
View all posts by Newsroom →