By Newsroom on January 13, 2014Comments Off on Stevia Set to Steal Intense Sweetener Market Share by 2017 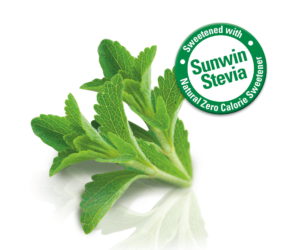 Post EU regulations, improved tastes and textures and increased consumer buy in and demand, stevia has been quietly gaining traction with consumers – and alongside that, usurping the traditional pecking order of more established sweeteners.

In contrast, aspartame – while recently having been ruled safe for human consumption at current levels from the EFSA and currently accounting for a value of £280 million in 2013 – is forecast to drop to £210 million by 2017 as stevia, and blends of stevia and other sweeteners such as acesulfame K, begin to take a greater share of the market. 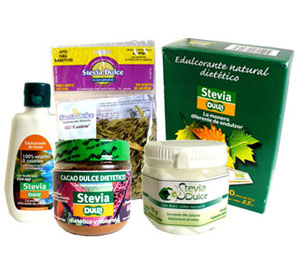 “Much of the growth in the global sweeteners market is set to be driven by growing consumer concerns over sugar intake, whilst the development of more plant-derived sweeteners is also anticipated to benefit the market. The gradual demise of sugar yet desire for sweetened food and drink products, suggests good opportunities for intense sweeteners. Intense sweeteners offer a source of sweetness without the calorie contribution of sugar, an increasingly attractive proposition to consumers struggling to manage their weight. Signs that the global market for intense sweeteners has reacted to this increased demand for ‘healthier’ sweetener solutions is already evident.”

By the end of 2013, the global market for intense sweeteners as additives used in the manufacture of food and beverage products is forecast to reach a value of US$1.27 billion, a figure which represents an increase of 2.8% compared with 2012. By 2017, global market value is expected to increase to almost US$1.4 billion, up by 9.7% from levels in 2013.

However, breaking down the usage of intense sweeteners in new product launches shows that today, artificial variants, such as acesulfame K, sucralose and aspartame are still dominant. 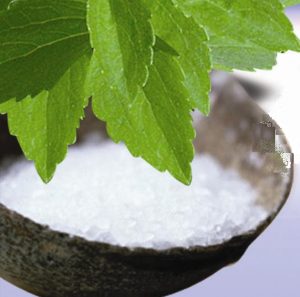 Due to its use in blends, acesulfame K leads in launch activity, however, the share of products using acesulfame K has gradually declined from 56% in 2009 to 49% of launches in 2013. Sucralose takes the second spot and its use has remained constant over the past five years, found in around 40% of all products launched with an intense sweetener.

Aspartame comes in next, however, its share is consistently dropping year on year, going from being used in 40% of 2009 launches to 32% of 2013 launches. Categories still heavily reliant on artificial variants include sugar confectionery, desserts and ice cream, dairy products and carbonated soft drinks.

“Plant-derived sweeteners, such as stevia, are expected to provide the main impetus for growth in the sweetener market in the coming years. As manufacturers work to create the right taste profile for stevia and for other plant- derived sweeteners, such as monk fruit, to obtain regulatory clearance, the artificial sweetener market still offers growth opportunities, in particular the sucralose and acesulfame-K markets.”

The sucralose sector is now the largest sector within the global intense sweeteners market in value terms (34%), having overtaken aspartame in recent years and showing more potential for growth in some regions given its positioning as the most ‘sugar-like’ of the artificial sweeteners .

The use of intense sweeteners in launches of food and drink products has grown over the past five years, from being used in 3.5% of all launches globally in 2009 to 5.5% in 2012, and this growth looks set to continue. Meanwhile, the global market for all sweeteners (intense and bulk) as additives in food manufacture – rather than sold to consumers at the retail level – was worth more than US$2 billion in 2012. Value sales have started to pick up again as the worldwide economic situation has improved, with the global market up by 3.8% from US$1.94 billion in 2010.

Stevia Set to Steal Intense Sweetener Market Share by 2017 added by Newsroom on January 13, 2014
View all posts by Newsroom →