Taco Bell is rolling out weekly “Taco Tales” videos on YouTube in the first step of its latest effort to connect with its audience well beyond its restaurants.

The new videos, which begin airing December 8, show how the fast feeder is trying to reach fans with content that goes beyond traditional advertising and social media outreach. For Taco Bell, which posted its first video to YouTube in 2006, putting more emphasis on YouTube now makes sense. 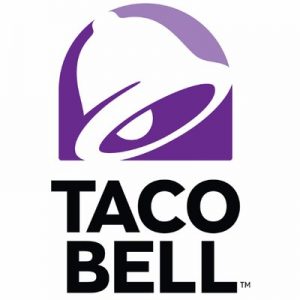 About 2% of food videos already viewed on YouTube mention Taco Bell in some way, including fan videos and menu hacks, according to Ryan Rimsnider, Taco Bell’s senior manager of social strategy. The brand saw the opportunity to start contributing like a fan or YouTube creator would, he said.

For “Taco Tales,” Taco Bell collaborated with Los Angeles-based content studio Madison & Vine to show stories the chain feels could only happen to Taco Bell fans. Taco Bell and Madison & Vine worked to find an idea for each short video and “spin it into a story that really brings that original story to life in an unexpected way,” Mr. Rimsnider said.

In the first video, a woman drops her car off with two somewhat baffled mechanics before heading to work. Later the mechanics pull up at the Taco Bell drive-thru in her car, only to see the woman working in the window.

Ideas for “Taco Tales” came from places such as Twitter and Reddit, and were sketched into two-minute to three-minute videos. After the first run of six “Taco Tales,” Taco Bell plans to show a Taco Bell Clip Show to showcase fan content. The clip show is being produced internally and hosted by Chris Crawford, a member of the Taco Bell social media team, Mr. Rimsnider said. 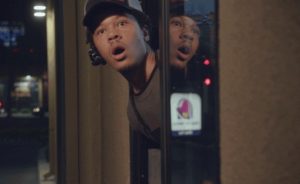 Creating its own YouTube content may help Taco Bell stand out from what Mr. Rimsnider called the “sea of sameness” when it comes to brands delivering messages through social channels. Along with delivering somewhat common messages, brands sometimes repurpose content from one channel, such as Facebook, on another, such as Snapchat or Twitter. The “Taco Tales” content is set to live solely on YouTube, though Taco Bell knows its fans are often on Snapchat, Instagram and elsewhere.

“We’re really charged with how do we continue to really bring the brand to life over time,” Mr. Rimsnider said. “We don’t need more awareness of the Taco Bell brand, we just want people to fall more in love with us.”

Still, Taco Bell needs to walk the line between delivering content fans might enjoy and delivering messages that will get fans to keep going to Taco Bell. New forms of original programming are expected to follow.