Coca-Cola South Pacific has announced details of Glaceau smartwater’s major new Australian summer campaign, fronted by global superstar Jennifer Aniston who has been brought on board as brand ambassador. The campaign was originally created by Circus Maximus, New York localised for Australia via McCann Sydney. Off the back of huge global success in the US […] 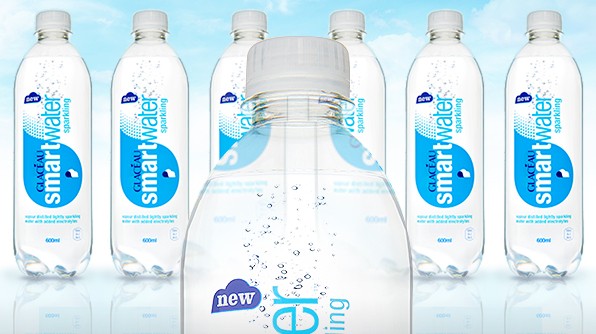 In the two years since Coca-Cola GB launched Glacéau Smartwater, it’s become the fastest-growing water brand on the market, worth more than £30 million. To keep up with demand we’re launching a sparkling version with the same clean, crisp taste, which will hit supermarket shelves this November. Already an A-list celebrity favourite across the pond, […] 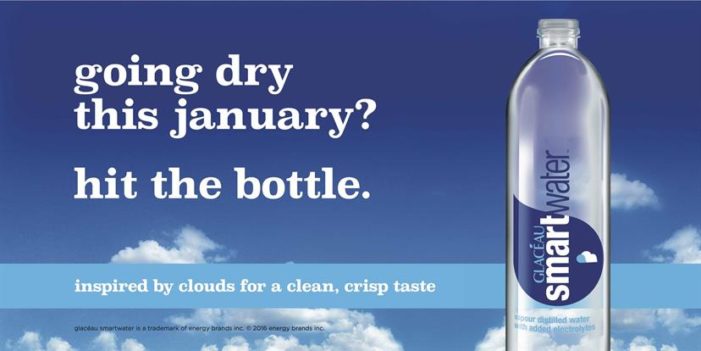 Coca-Cola brand Glacéau Smartwater has jumped on the Dry January bandwagon, telling consumers to “hit the bottle” in a digital out-of-home ad campaign designed to get them drinking its distilled water. In one execution of the month-long campaign, the copy reads: “Going dry this January? Hit the bottle.” Another reads: “Not drinking this January? You […] 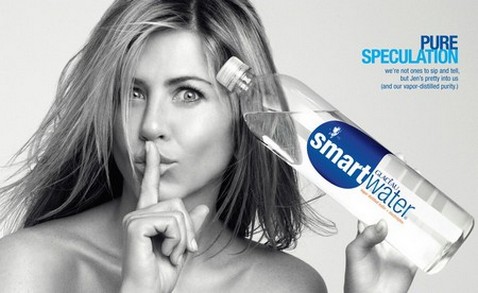 Coca‑Cola GB announced Jennifer Aniston will play a leading role in premium bottled water glaceau smartwater’s UK launch campaign, following the brands high profile London launch event last week. The actress is already the brand’s spokesperson in the United States and will provide the voiceover for the TVC and feature in the OOH and digital […]