By Newsroom on December 6, 2016Comments Off on Glaceau Smartwater Unveils New Campaign in Australia

Coca-Cola South Pacific has announced details of Glaceau smartwater’s major new Australian summer campaign, fronted by global superstar Jennifer Aniston who has been brought on board as brand ambassador. The campaign was originally created by Circus Maximus, New York localised for Australia via McCann Sydney. 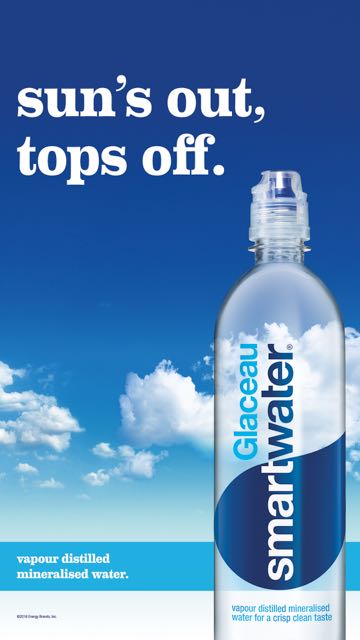 Off the back of huge global success in the US and UK markets, the campaign reflects Coca-Cola’s commitment to the premium water category, leveraging a significant marketing opportunity to drive category value over the summer period.

Following the successful launch of Glaceau smartwater in Australia earlier in 2016, Coca-Cola has committed a multi-million dollar investment behind the latest fully integrated marketing campaign to drive product awareness and trial over summer. Targeted primarily at 20-39 year old females, a key theme of the campaign revolves around enjoying the summer season and hydration in style.

Aniston will be front and centre of the campaign, appearing across large format iconic out of home displays that include full wraps of Melbourne and Adelaide trams, as well as national billboards in high impact locations. She will also be prominently featured in print, with partnership placements in premium women’s fashion, style and fitness magazines including Elle, Marie Claire, Women’s Healthand Harper’s Bazaar. 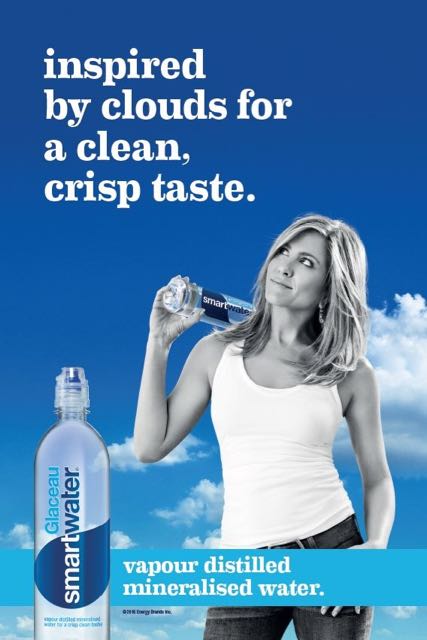 Gloria Young, brand manager, Glaceau smartwater said: “We are excited to make a huge splash with Glaceau smartwater this summer, evidenced by the significant investment in this large multi-channel campaign. The premium, stylish and functional nature of the product will help us make a big impact in this category. It is such a thrill to be working with a global superstar like Jennifer Aniston, whose sophisticated and stylish image is a perfect fit for Glaceau smartwater’s sleek look. Given her success as brand ambassador in other markets, where she appeals to both men and women, we are confident she will resonate with our target demographic in Australia and further drive brand recognition.”

In addition to the Aniston creatives, the Glaceau smartwater summer campaign will also include stand alone and contextually relevant seasonal displays across out of home and in close proximity to stores, with messaging that reflects the brand’s stylish and playful nature. Its unique qualities will be explained via a digital video that brings the process of vapour distillation to life, educating consumers on the ‘smart’ way that nature purifies water for a clean, crisp taste.

Product trial will be driven through one of Coca-Cola’s largest ever sampling programs in Australia. Glaceau smartwater has partnered with Westfield to activate targeted sampling at selected NSW and VIC Westfield shopping centres, getting in front of their target audience as they do their Christmas and New Year shopping.