By Newsroom on January 6, 2016Comments Off on Glacéau Smartwater Urges Drinkers To ‘Hit The Bottle’ For Dry January 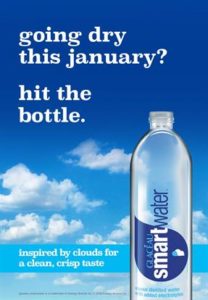 Coca-Cola brand Glacéau Smartwater has jumped on the Dry January bandwagon, telling consumers to “hit the bottle” in a digital out-of-home ad campaign designed to get them drinking its distilled water. 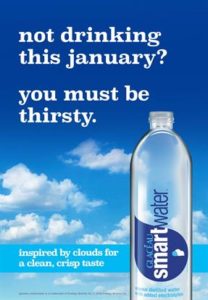 In one execution of the month-long campaign, the copy reads: “Going dry this January? Hit the bottle.” Another reads: “Not drinking this January? You must be thirsty.”

Glacéau Smartwater is a vapour-distilled water with added electrolytes that according to Coke has grown to a value of £18.4m since launching last year. It is available in single 600ml, 12 x 600ml and 850ml formats, with a six-bottle multipack set to launch later this month. 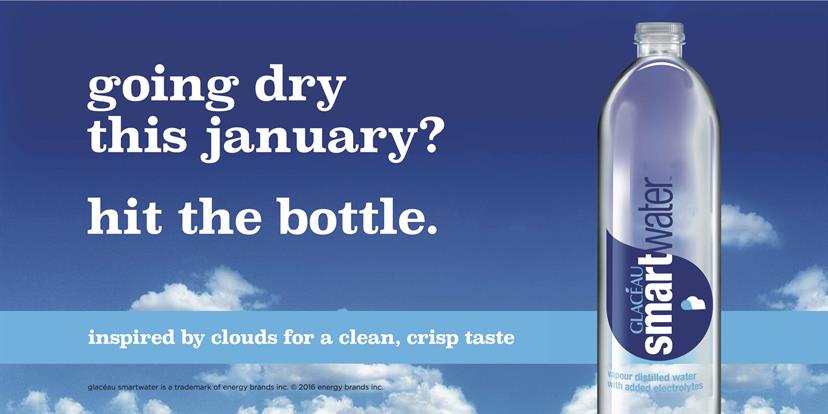 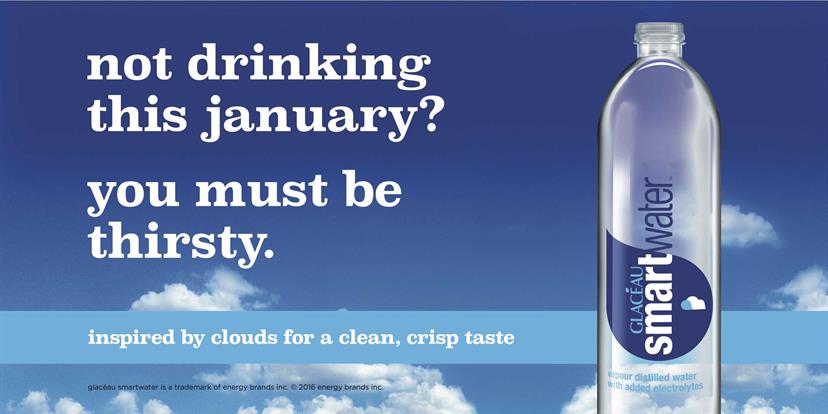 Glacéau Smartwater Urges Drinkers To ‘Hit The Bottle’ For Dry January added by Newsroom on January 6, 2016
View all posts by Newsroom →