By Newsroom on September 28, 2016Comments Off on The Lakes Vodka in the Running to be Named Grand Vodka Master 2016 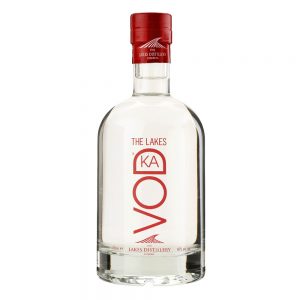 The Lakes Distillery, Cumbria’s only distillery, is celebrating an impressive win, after being awarded Silver in 2016’s The Vodka Masters competition, which aims to find and reward the finest vodka brands from across the world.

The Lakes Vodka fought off competition from over 100 entrants to win Silver in the Ultra Premium Vodka category – vodkas that retail over £25 per bottle.

Following a blind tasting by a panel of leading spirits specialists Chaired by The Spirits Business, the tasting notes of The Lakes Vodka – with rich aroma and a hint of wheat, ultra-smooth and silky, full of character, made using water direct from the Cumbrian fells – proved to hit the right note.

The Lakes Vodka will now be considered for overall title of Grand Vodka Master 2016. The competition has fast become one of the respected and high profile trade competitions in the industry, attracting vast amounts of entries from leading vodka brands on the world stage.

The Lakes Vodka in the Running to be Named Grand Vodka Master 2016 added by Newsroom on September 28, 2016
View all posts by Newsroom →