By Newsroom on June 6, 2013Comments Off on The Pig Idea – BuroCreative Brands Food Waste Campaign 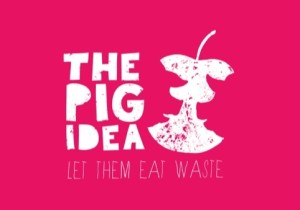 BuroCreative has developed the branding and identity for The Pig Idea, a new campaign which aims to cut food waste by encouraging the practice of feeding it to pigs.

A number of celebrity ‘ham-bassadors’ have been brought in to back the campaign, including Hugh Fearnley-Whittingstall, Fergus Henderson and Rosie Boycott.

Supporters of The Pig Idea say that pigs are currently being fed on crops people would otherwise eat – such as wheat, soy and maize – which puts pressure on food supplies.

They want to revive the practice of feeding surplus food to pigs, which would involved changing European law to allow food waste to be used as pig feed. 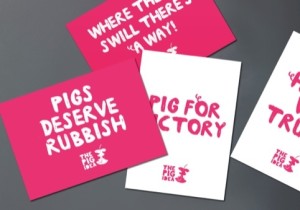 BuroCreative, which worked on the project pro bono, developed an identity which uses negative space to show both an apple core and two pigs faces.

The branding uses a pink colour-scheme and pub-heavy copy such as ‘stop hogging food waste’, ‘where there’s a swill there’s a way’ and ‘pig for victory’.

Roly Grant, founding partner and creative director at BuroCreative, says, ‘The Pig Idea tackles a complex issue. As such, our role was to provide an accessible entry point – something visually arresting and intriguing which encouraged further engagement.

‘There’s always something compelling and satisfying about marques that demand a second look.’

The campaign will see eight piglets raised on food waste at London’s Stepney City Farm, and will culminate in a food event in Trafalgar Square in November, in which celebrity chefs will cook with pork raised by The Pig Idea team. 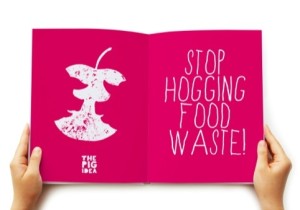 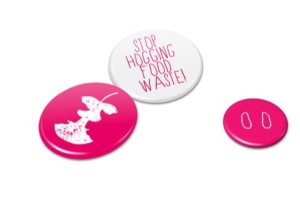